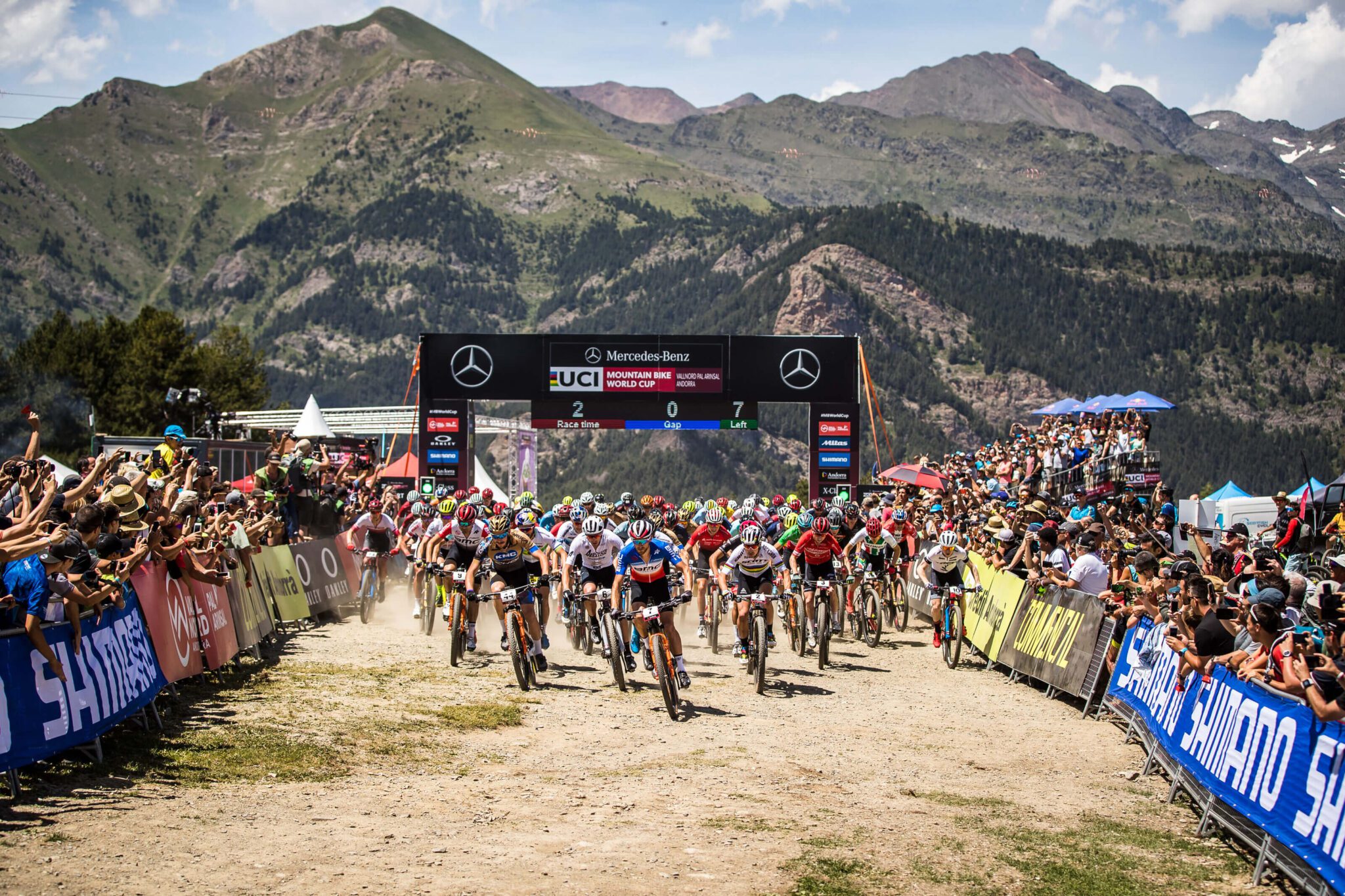 Nestled between Spain and France in the Pyrenees mountains is a little country called Andorra. Home to the well known Commencal bike company and a lot of incredible riding, so much so that its Vallnord World Cup venue is making use of an entirely new World Cup downhill track for the 3rd time in history. There is plenty of testing terrain to make use of in these mountains and they are doing a good job of it! Located around the 2000 masl mark, elevation is going to be a big player this weekend with well adapted athletes having an upper hand. There is a lot of sun predicted but the high altitude should keep the temperatures down; though UV exposure to skin and eyes will need to be managed well.

The last round in Lenzerheide was a good weekend for South Africans as Alan Hatherly placed 3rd in Short Track and a magnificent 2nd in the XCO on Sunday. That first Elite World Cup XCO win is tantalisingly close for Alan! Greg Minnaar did it again riding through to 3rd in the downhill behind Amaury Pierron and Finn Iles (who may still be younger than him even with their ages combined..). It is great to see the man coming into strong form as the 2022 season progresses. There are but 4 rounds left for the XCO and Downhill World Cups this season (including the race in Andorra) so let’s take a look at the overall elite standings before a look at the tracks.

Starting at an astounding 2360m above sea level the downhill track kicks off with a face-melting bike park section (that “shouldn’t require you to brake” according to Finn Iles’ predictions) before dipping in and out of steeper and more technical sections of track with several road crossings and large gap jumps. The track was used at a recent regional downhill race which was attended by many World Cup riders including Mr Minnaar. Have a look at a POV run of the track below.

On the XCO side of things we have one of the biggest climbs of the series featuring on the course and if the Lenzerheide track had 144m of elevation per 4.4km lap, think about the muscle burning 206m gained per 3.8km lap in Vallnord! Add in racing at a higher altitude (1900masl) and you can be sure you have all the right ingredients for a suffer fest. Good luck boys and girls! The only potential silver lining is that most of the climbing isn’t too technical but that will make it fast. For a look at the Andorra XC track itself we have a course preview from a couple years back below.

Have a look at the names of the South African contingent racing in Vallnord, Andorra below.

Live Timing (towards bottom of page)