Canyon Releases The 2022 Strive Enduro Bike And It Looks Mean 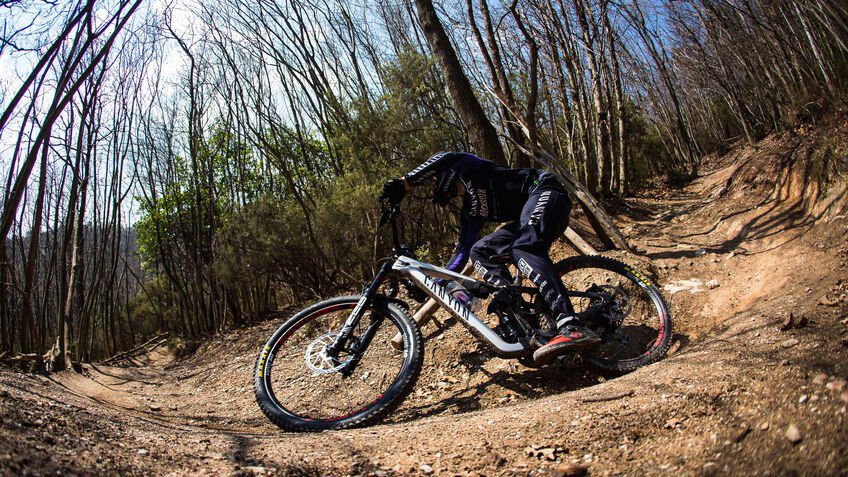 The Canyon Strive was last updated in 2019 but with the latest iteration anticipated almost since that previous release, the new bike is now ready to rock the 2022 Enduro World Series! The previous model certainly wasn’t lacking any prowess as it wrapped up the Enduro World Series title, piloted by Aussie rider Jack Moir with his teammates coming in 5th and 6th overall.

José Borges also on the Strive took that 5th place with Dimitri Tordo in 6th on the Spectral trail bike. The new model has been beefed up in travel, geometry, and stiffness. We are expecting it to go very fast under the Canyon CLLCTV team when racing starts in June this year!

Here are some of the top line changes to the 2022 Canyon Strive:

EWS champion Jack Moir raced a size large in previous years despite being over 190cm tall. According to size charts he should’ve been on a size XL for that bike. He is reportedly looking at a medium frame for the 2022 Enduro World Series. Quite bizarre that Canyon have chosen to extend the reach so much after having Jack race on a shorter than normal bike to increase agility in directional changes. We’ll see how that pans out in the 2022 season. Have a quick look at his test bike below, and catch a conversation between him and Jose Borges who has been on the production bike.

Jack prefers testing his Enduro race bikes on trails that he is unfamiliar with, to simulate the racing environment. He decided last year that the large Strive was easier to make adjustments to line choices on the fly and handled tight corners better being shorter than the XL or a Spectral (which teammate Dimitri Tordo raced on.) Check out his take below.

This bike is looking hot and we can’t wait to see it rip on the World Series given the previous model was still successful in 2021! For more head over to www.canyon.com/