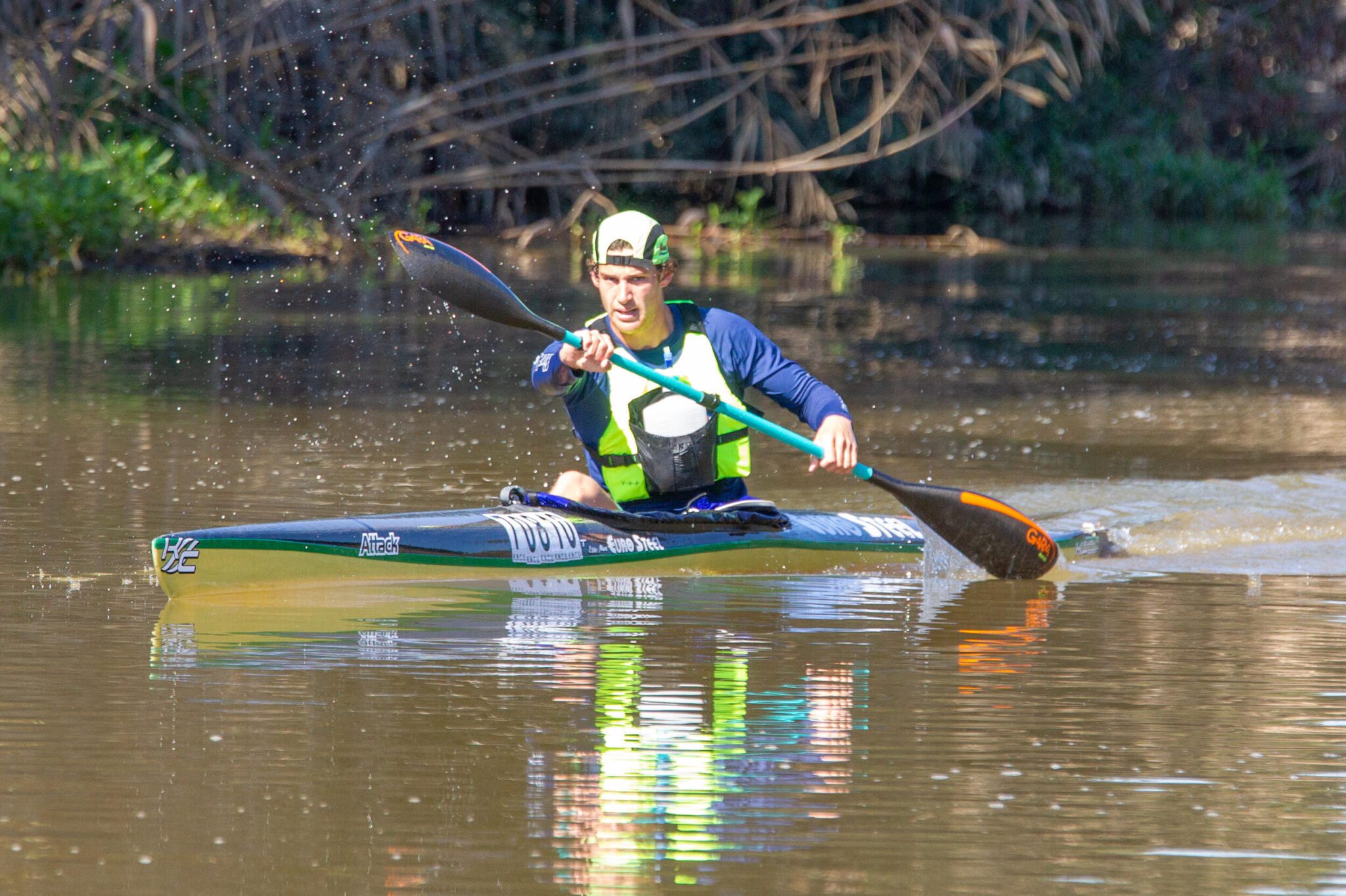 Paarl – A galaxy of stars will converge for the 61st edition of the four day Berg River Canoe Marathon that gets under way outside Paarl on Wednesday 6 July, as many of the races illustrious champions return to take part in the annual paddling odyssey to the Cape West Coast.

Hank McGregor returns to the start line aiming at a twelfth Berg title, looking to extend his record as the 43 year old Team Euro Steel world beater remains one of the paddlers that has defined his generation.

As a youngster who was first inspired to paddle by watching his father compete in the Berg Marathon, McGregor has won more Berg stages and outright race victories than any other paddler in history, and his appetite for the demanding race remains undiminished as he prepares for another world marathon championships campaign at the end of the September.

McGregor finished second to Andy Birkett in a thrilling Berg last year, and with Birkett absent as he contests the marathon races at the World Games in the USA, McGregor will start as the odds-on favorite to add to his swag of Berg titles.

He will have to find a cunning way to outsmart the young star Hamish Lovemore, who has stamped his authority on the national marathon scene in the last two years and beat McGregor in both the recent KZN marathon Champs and the SA Marathon Champs.

Lovemore is another Berg champion returning to the race, having won the title in 2019 with Tyron Maher when it was contested as a team event. A friend and training partner of McGregor’s, he will be an intriguing ally and adversary for the legend on the water.

Graeme Solomon returns to the start in Paarl as another former champion, and as a 49 year old he has lost little of his racing form or competitive spirit, and with his recent win on the Berg River at the Western Cape K1 River Champs to boost his confidence, he will carry the best river knowledge of all the fancied elites, many of whom have done little training or tripping on the Berg River.

Throw into the mix of the men’s race the class of Heinrich Schloms, Uli Hart, Simon van Gysen and Durbanite Wayne Jacobs, and the men’s race promises to deliver a riveting four days of action, particularly with the introduction of the daily bridge prizes that offer time incentives for the top three paddlers.

This bold innovation is sure to keep the outcome of the race open until the final 45 minute dice from Oordraplek to the finish, in sharp contrast to many previous years when the outcome has been largely decided by the end of the second stage.

Also amongst the many returning champions is Robbie Herreveld, the blonde racer who totally dominated the race in the nineties with six back-to-back wins. Now living at Port Owen, a five minute paddle from the race finish, and a proud member of the West Coast Canoe Club, he vows he won’t threaten the podium but is hungry to get onto the river that defined his paddling career.

Right up there with the great champions returning to the race is Jannie Malherbe. Now 83 years old, the Wilderness resident was part of the small group of pioneers that started the first Berg in 1962, and went on to win it three times in a row from 1963-1965.

Malherbe will be starting his 49th Berg, and is sure to find company along the 247 kilometers journey to the coast from the evergreen Giel van Deventer, who last year became the first person to complete 50 Berg marathons.

The women’s race looks set to deliver on the fascinating contest that has characterised river marathons in South Africa in recent years.

While her husband Andy is away campaigning in the USA, Nikki Birkett returns to the race as the women’s defending champion as a clear favourite. With her grit and love for long “grinds” on a river, the Berg undoubtedly plays to her strengths.

She will line up on the row of seeded women with the classy Jenna Nisbet, who is also unashamedly using the Berg as part of her longer term marathon plans for 2022, the Maties dynamo Tracey Oellermann and the local powerhouse Melanie van Niekerk.

Should she sneak in a last minute entry, multiple Berg women’s title winner Bianca Beavitt will add an extra dimension to the women’s title race, and with her recent showing at the Scottburgh to Brighton surfski ultra evidences that she will bring solid form into the Berg.

With another big entry, the unique challenge of the Berg remains undiminished. The race looks set to start on a medium level Berg River, which has channelled well in recent years, with clear weather forecast for the first few days of the race.

To make the appeal of the Berg more accessible, the organisers have added a Berg120 option to the race.