XC World Cup Albstadt Germany 6-8 May – What To Expect 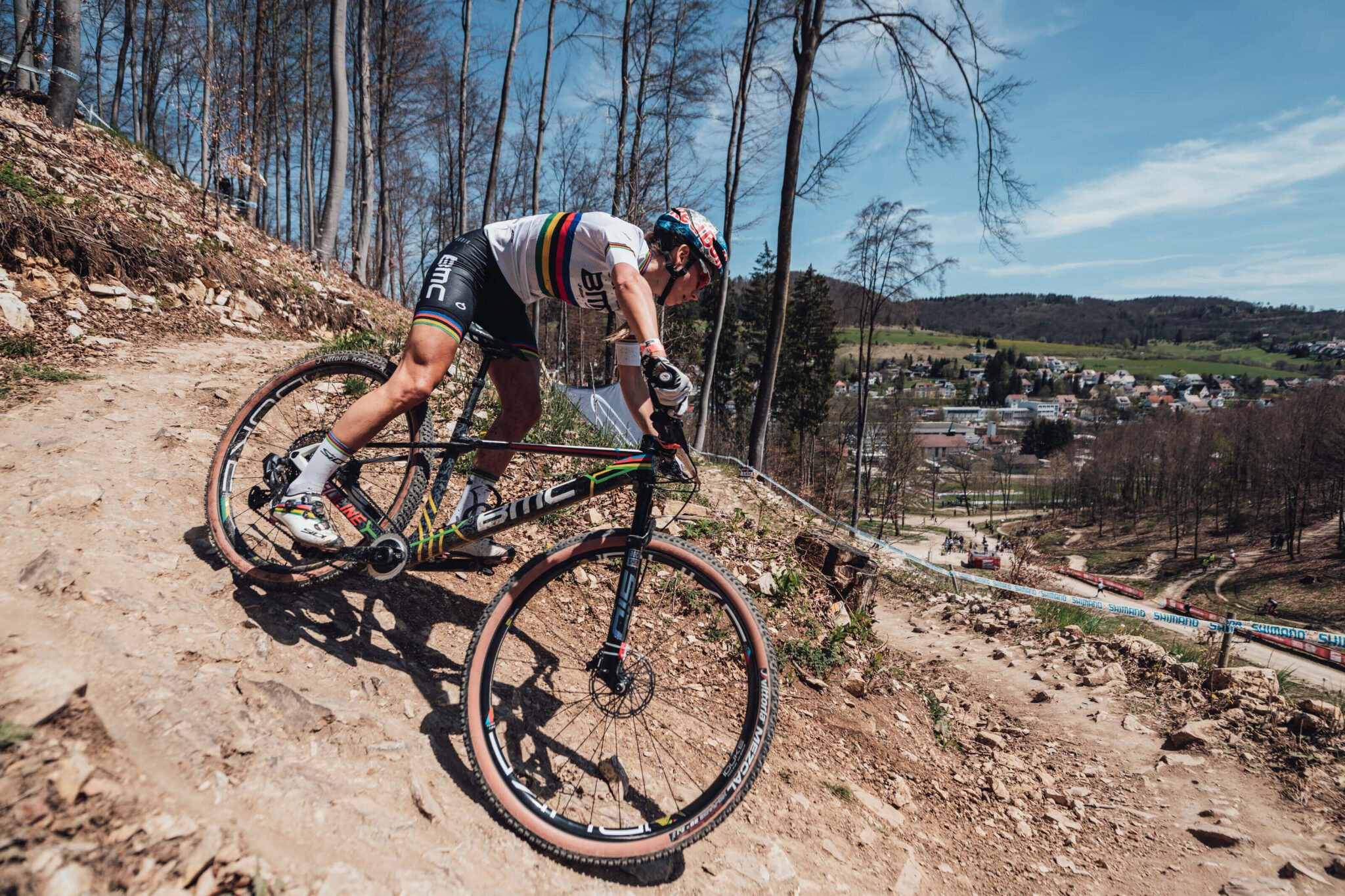 The XCO World Cup is coming in to land for Round 2 of 2022 in Albstadt Germany where the track is smooth, the racing fast and the climbs enormous!

Albstadt has been a classic stop on the circuit for many years. The track is less technical than what we’re seeing at other locations that the World Cup visits and thus the hardtail will be coming out to play this weekend!

A lap of the XCO course at Albstadt is 4km long with a whopping 275m of climbing per lap. That’s 1650m total ascent over 6 laps and 90 minutes of racing. Try and hit those stats on your local trail loop and tell us how you’re feeling. This is a proper climbers track!

The track is generally not too rough or technical which results in high average speed racing, with the big climbing in mind, of course. There are several wooden features on the track which could get treacherous with some rain, which isn’t uncommon here. The weatherman is predicting consistent light rain throughout the weekend. Enough to keep the slippery parts of the track notably tricky. Check out some POV footage from the track here.

There are a good few South African riders taking to the start line in Albstadt this weekend! Catch their names below.

As for the internationals, Thomas Pidcock is back on a mountain bike and sure to light things up! He placed 5th here last year. Ondrej Cink is known for his incredible climbing form and will be dangerous in Albstadt. Last year’s Sunday XCO was Victor Koretsky’s first ever Elite World Cup win and he has had competitive speed since then to back it up. Alan Hatherly currently leads the Short Track series after winning this year’s opening round in Brazil and took 9th in that XCO to put him 3rd overall on the XCO leaderboard. He may have gotten a touch excited in the Brazilian XCO race but will we see the race-winning brilliantly measured approach from his short track at this weekend’s XCO? We can’t wait to find out!

Pauline Ferrand-Prevot took the win here in 2021 on the final lap from Linda Indergand in the short track race but it was the seemingly unbeatable Loana Lecomte who won the XCO and the following 3 rounds. Rebecca McConnell won her first ever Elite World Cup in Brazil and we hope to see her carry the form into Albstadt. She’s raced so consistently for years now and it all seems to be falling into place for the Aussie. Pauline pulled out of the Brazil XCO due to feeling ill and will be eager to stamp her mark back on the Albstadt track.

This is the final year that Red Bull will be in charge of broadcast for the UCI World Cup before Discovery take over that duty but for now, you can watch live on Red Bull TV.