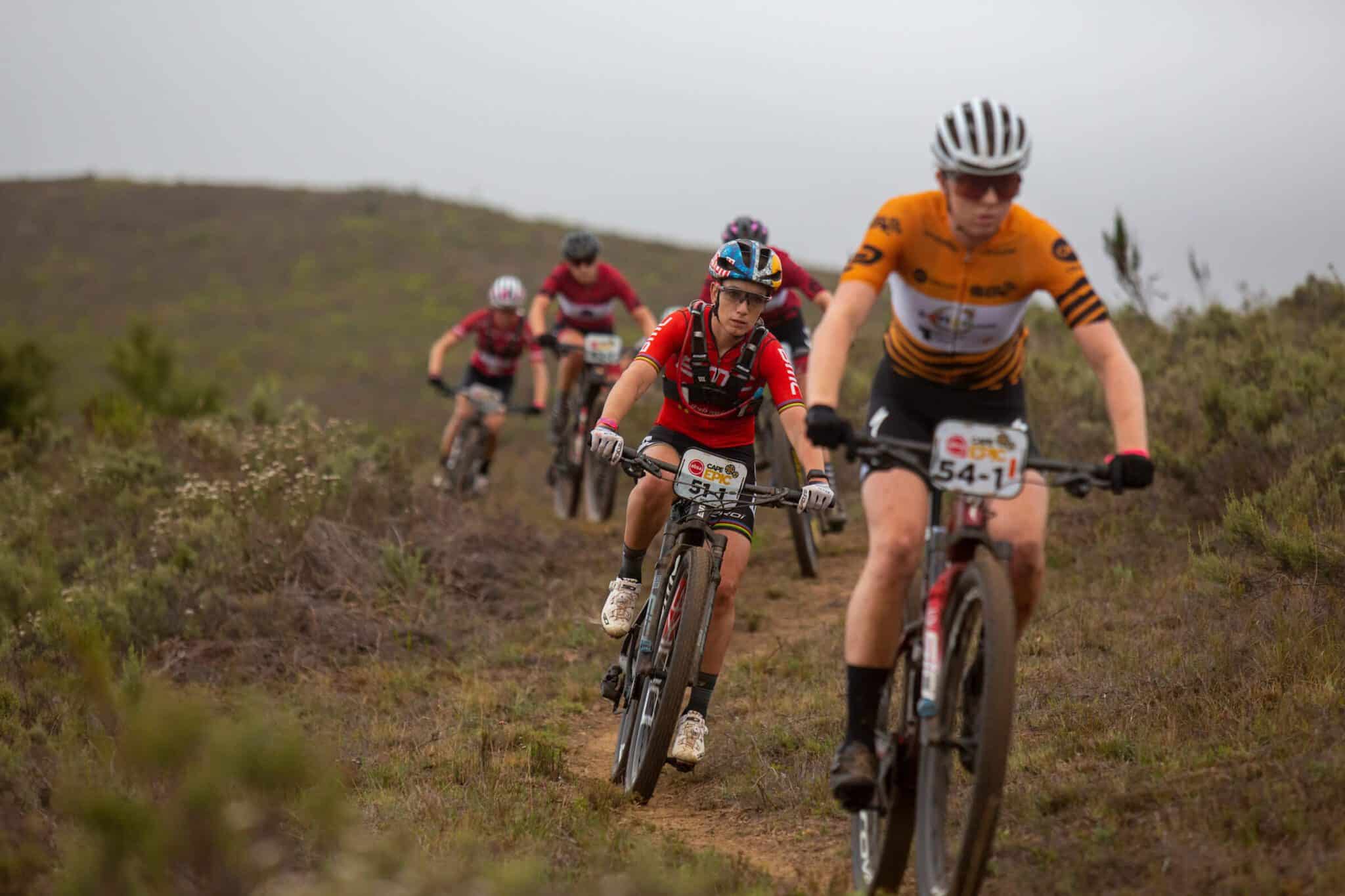 Robyn de Groot and Pauline Ferrand-Prévot (BMC MTB Racing) rode a blemish-free ride on Stage 4 in the CM.com Women’s category at the Absa Cape Epic to win their third stage of the event.

De Groot admitted after the 82km stage that the plan was to have a self-imposed rest day, but Ferrand-Prévot’s winning mentality kicked in around 40km into the day; soon after BMC MTB Racing found themselves all alone at the front of the race.

The orange jersey wearers in the CM.com Women’s category, Sofia Gómez Villafane and Haley Batten (NinetyOne-songo-Specialized), hit a slight snag with barbed-wire entangled in a bike. This allowed De Groot and Ferrand-Prévot to break away on one of the early hills.

Faces Rola (Candice Lill and Mariske Strauss) also battled with a puncture, meaning BMC MTB Racing rode from halfway to finish all alone. De Groot appeared to be taking strain in the final 2km as Ferrand-Prévot powered home, but she managed to hang in for another victorious stage.

“That was an unintentional solo breakaway,” said De Groot. “I had the PFP-Express in front of me, so I just hung on and made sure I got to the finish. It’s great riding with Pauline as she is a super motivator. She really got me through today!”

Ferrand-Prévot said the team plan was to try and get away from the other teams on the singletrack, an objective they achieved. Thereafter, her racing instincts kicked in. “I don’t know what happened; I was just on fire! I felt so good out there today. I didn’t mean to hurt Robyn; I was just having so much fun.”

“That was another close day,” said Haley Batten of NinetyOne-songo-Specialized. “The women’s race has been so tight. I’m really enjoying it. We had a small mishap with the wire; it didn’t take too long to sort out, but it just allowed Robyn and Pauline to get in front. They are such strong riders. We tried, but we just couldn’t catch them. We had a lot of fun out there. The UFO Climb was steep and technical but the singletrack was great.”

Private Client Holdings’ Mari Rabie said she was surprised but happy with another podium after finishing third on Stages 3 and 4. “We didn’t expect this. We had some luck as Candice battled with a puncture, but we had a good ride. I was really surprised how well we rode on the technical trails because that is not our strength. I’m very impressed with our ride today!”

Batten and Gomez Villafane will start the 115km Stage 5 in the orange Ciovita leader jersey and with an 11-minute lead over second-placed BMC MTB Racing in the overall standings. The race from Greyton to Stellenbosch is sure to produce another close finish in the CM.com Women’s category.

Watch the Live Broadcast of Stage 5 from 08:30 on cape-epic.com.