Cape Epic Stage 5: Tooth And Nail Down To The Line For Faces Rola 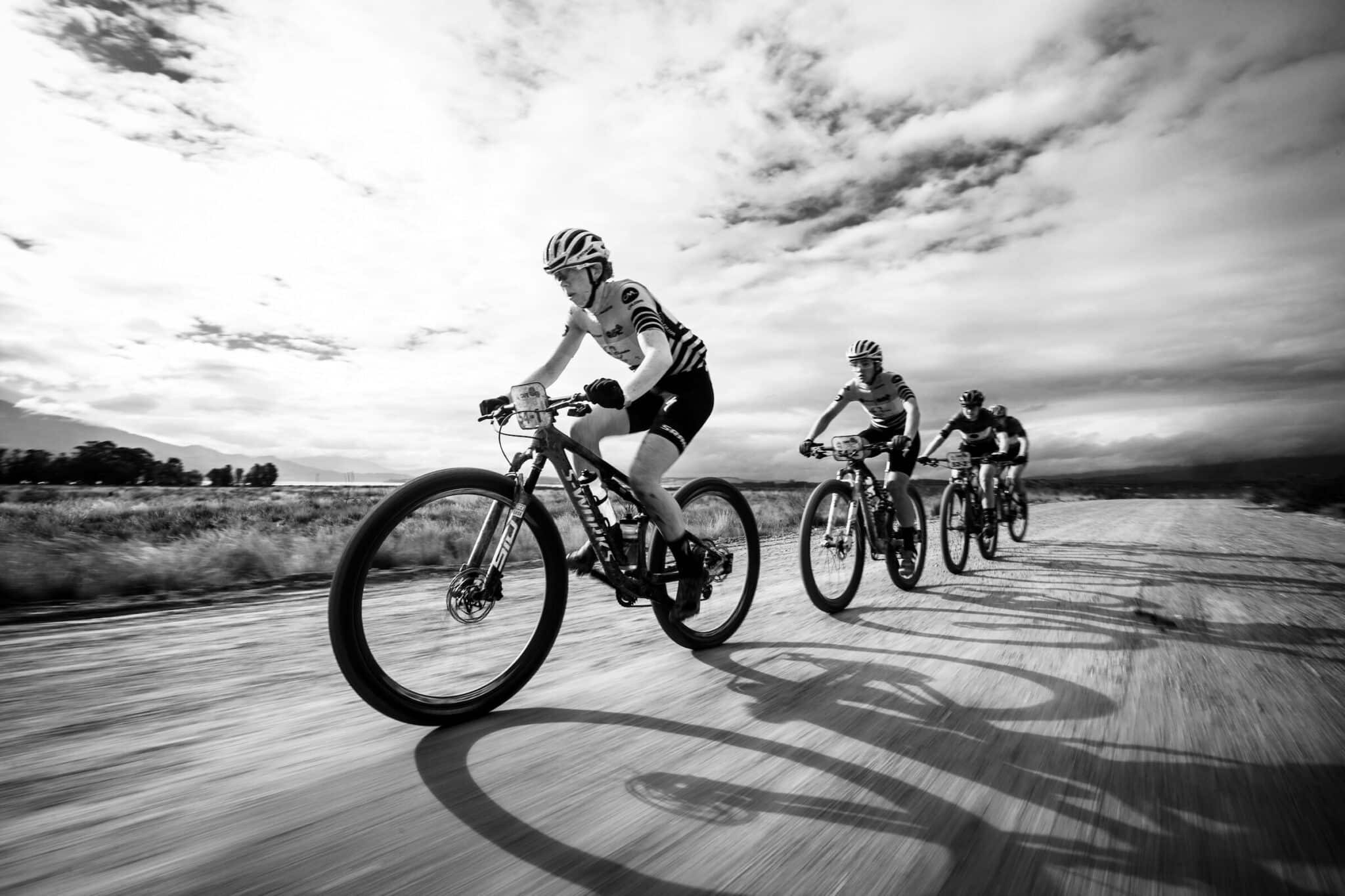 Sofia Gómez Villafane and Haley Batten (NinetyOne-songo-Specialized) won Stage 5 in the CM.com Women’s category at the 2022 Absa Cape Epic, tightening their grip on the overall leader orange jerseys at the same time. They now lead the event by more than 15 minutes ahead of Faces Rola (Candice Lill and Mariske Strauss), the second-place finishers on Stage 5.

On the steep Rusty Gate climb out of the Elandskloof race village, NinetyOne-songo-Specialized and Faces Rola went guns blazing. The other CM.com Women category teams tried gamely to match the pace but soon started to drop back. “That was such an awesome effort by the four of us,” said Batten. “After that, it was like we were one four-women team!”

By the 5km checkpoint at the top of the climb, the two leading teams of NinetyOne-songo-Specialized and Faces Rola had already built a minute lead over third-placed Private Client Holdings (Mari Rabie and Hayley Preen).

From then on, it was a two-horse race in the CM.com Women’s category with Gómez Villafane, Batten, Lill, and Strauss sharing the workload throughout the 115km stage as they battled headwinds and crosswinds, particularly when riding around the dams on the route.

To make their ride easier, NinetyOne-songo-Specialized attempted a move their men’s team had carried off successfully on Stage 4. “I needed to get some chain lube on Hayley’s bike,” said Villafane. “I had seen the men do it, so I tried. But they made it look so easy. I don’t think I got anything on Hayley’s chain!”As the Stellenbosch finish drew near, it became a tense, tactical game, with both teams waiting for the right moment to strike. Candice Lill was the first to attack, racing ahead of NinetyOne-songo-Specialized at the base of the Botmanskop climb.

The advantage was short-lived as Strauss was unable to follow.

NinetyOne-songo-Specialized counter-punched and looked to have the stage sown up until Strauss attacked on the tar at the 5km mark. This time Lill was unable to go with, allowing Batten and Gómez Villafane to put some daylight between them and Faces Rola up the final, short, steep Coetzenburg climb. The orange jersey leaders sped home for another CM.com Women’s category stage win.

“On paper that course looked pretty tough,” said Sofia Gómez Villafane, “but for some reason, we kept it pretty fast from the start. We don’t know the trails that well, so the whole time we were thinking ‘where do we make our move, where do we attack’. On the final climb, we just went as hard as we could and held on.”

As hard as they were racing, the overall leaders and Stage 5 winners still had time to appreciate their support along the route. As they made their way to the finish, children from the songo foundation had lined the route to cheer on NinetyOne-songo-Specialized. It wasn’t missed by Gómez Villafane and Batten, who had already met their young fans ahead of the Absa Cape Epic. “We saw all the kids from songo at the final water point, and that was such a special moment. It really gave us a boost for the final few kilometres.”

Rabie and Preen finished third on the stage, Rabie was inspired by finishing in her hometown to push on for the team’s third third-place finish in a row. “I said to Hayley, we have to finish on the podium here. This is my town, we need to finish well.” Stage 4 winners BMC MTB Racing (Robyn de Groot and Pauline Ferrand-Prévot) finished fourth on Stage 5.

Strauss and Lill should have the home ground advantage on Saturday’s penultimate Stage 6, but NinetyOne-songo-Specialized won’t let them have it all their own way as they strive to continue their Absa Cape Epic domination. BMC MTB Racing, with their apparent one day on, one day off approach might also fancy an attack on the hills in and around Stellenbosch.

To watch the racing in the CM.com Women’s category, tune in to the Live Broadcast from 08:30 on cape-epic.com and Supersport.