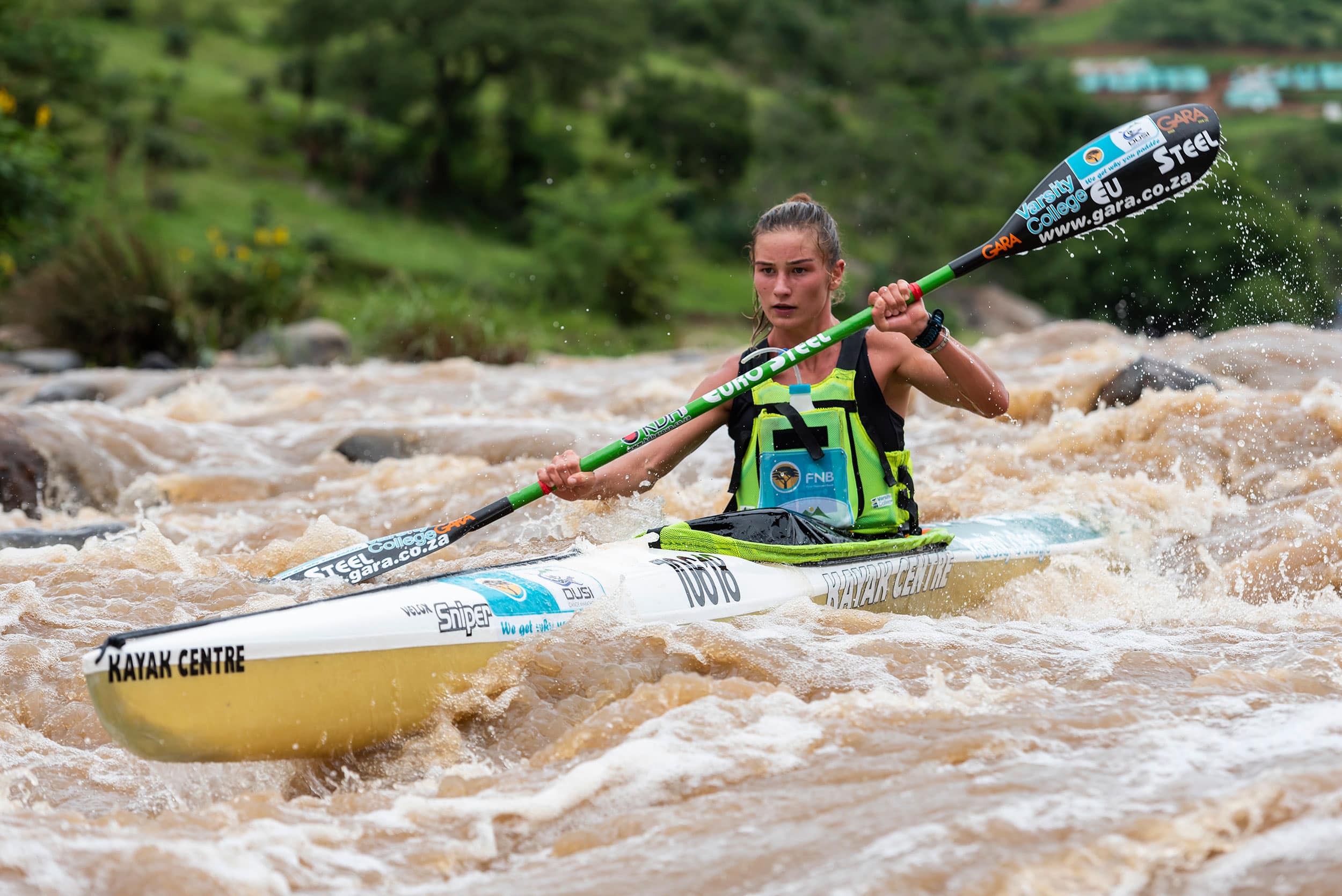 Pietermaritzburg – After a bold revamp of her training regime Christie Mackenzie will start the 2023 Dusi Canoe Marathon on Thursday 16 February as the strong favourite to become only the third woman to wrap up a hat-trick of K1 Dusi Victories.

Mackenzie won the last two women’s K1 titles in 2019 and 2021 and now stands poised to join the original Dusi queen Marlene Lowenstein who won four back-to-back K1 women’s titles between 1987 and 1993 and Abbey Ulansky who won three on-the-trot between 2005 and 2009.

While Mackenzie was full value for her Dusi wins, she has shaken up her training plans dramatically and says she is coming into the 2023 edition of the tough three day race from Camps Drift to Blue Lagoon in better shape than she has even been before.

Having wrapped up honours studies in Psychology, which kept her in Gauteng, Mackenzie has moved to Durban to join Matt Bouman’s training squad, where she shares the water with local aces Michelle Burn and the Hockly sisters, and says the change has made a big impact on her performance.

“It has been really beneficial for me,” said Mackenzie from her new base in KwaZulu-Natal.

“It is a totally new training regime and involves a lot of cross training that I wasn’t doing before, and it has definitely added another dimension to my paddling,” said Mackenzie, crediting her training change for her performance at the recent marathon worlds in Portugal where she won a bronze medal in the women’s Under 23 K1 race.

She also reflects positively on her recent Fish Marathon performance where her challenge for the women’s title was undone by starting in the wrong batch on the final stage.

“I still managed to finish with the fastest time on Day Two of the Fish which shows me that my training is definitely working for me,” said Mackenzie.

Mackenzie is eyeing the N3TC Drak Challenge at the end of January as a key opportunity to assess her Dusi base and to test herself against the top women’s field that always assembles for the Underberg classic.

With the Dusi two and half weeks after the Drak Challenge Mackenzie sees the race as a prime Dusi dress rehearsal.

“It will give me a very good indication of where I am fitness-wise going into the Dusi,” said Mackenzie.

Bouman says the new member of his training squad is poised to take her paddling to a new level.

“She is a pleasure to work with,” said Bouman. “She has an unbelievable work ethic and a strong mind. We are working on getting the right balances in place, and looking after nutrition, rest and recovery.

“The Dusi is a big priority for Christie and with her current all-round conditioning she can look forward to this year’s race,” he added.

Entries for the 2023 event are available via the event website – www.dusi.co.za – with Early Bird entry fees valid until 25 December 2022 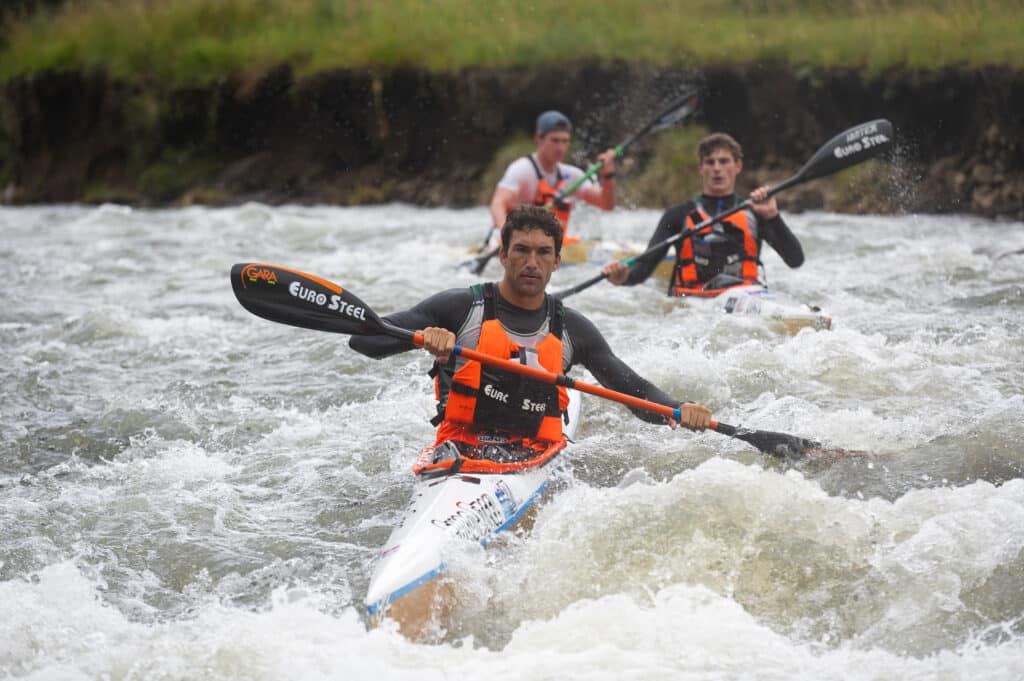 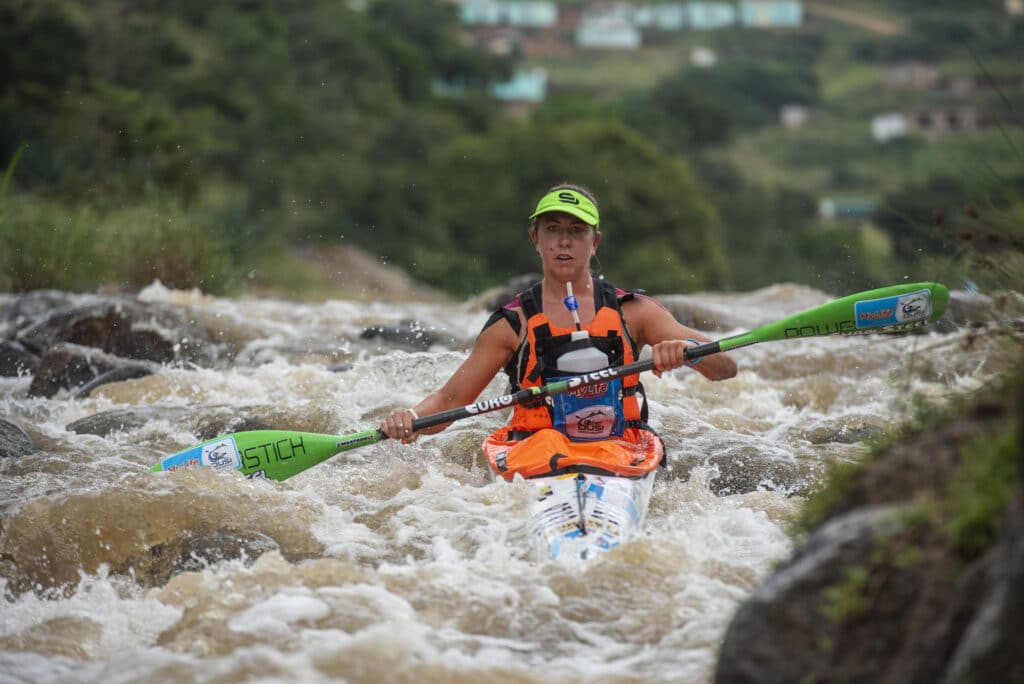 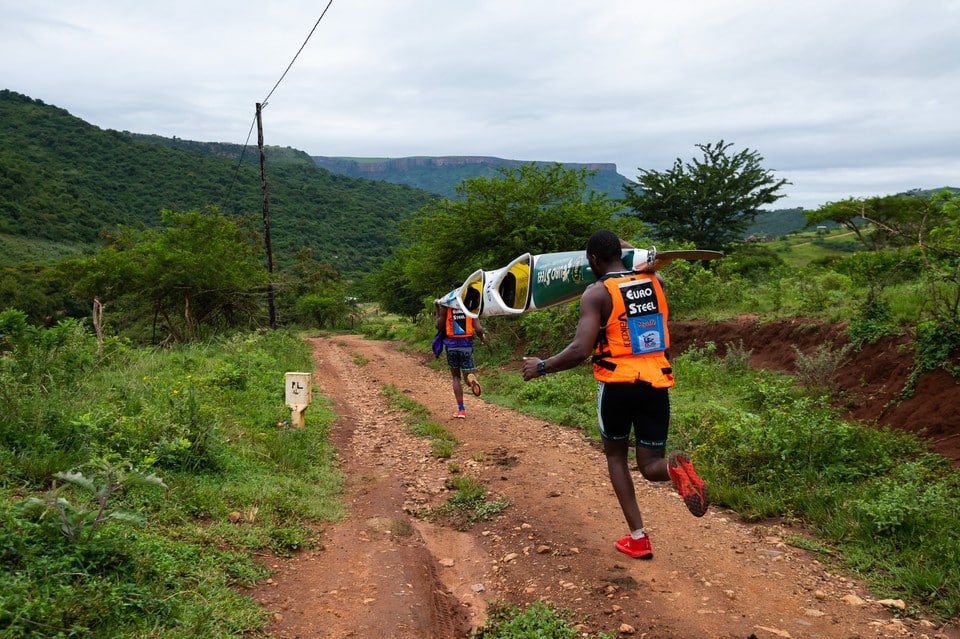