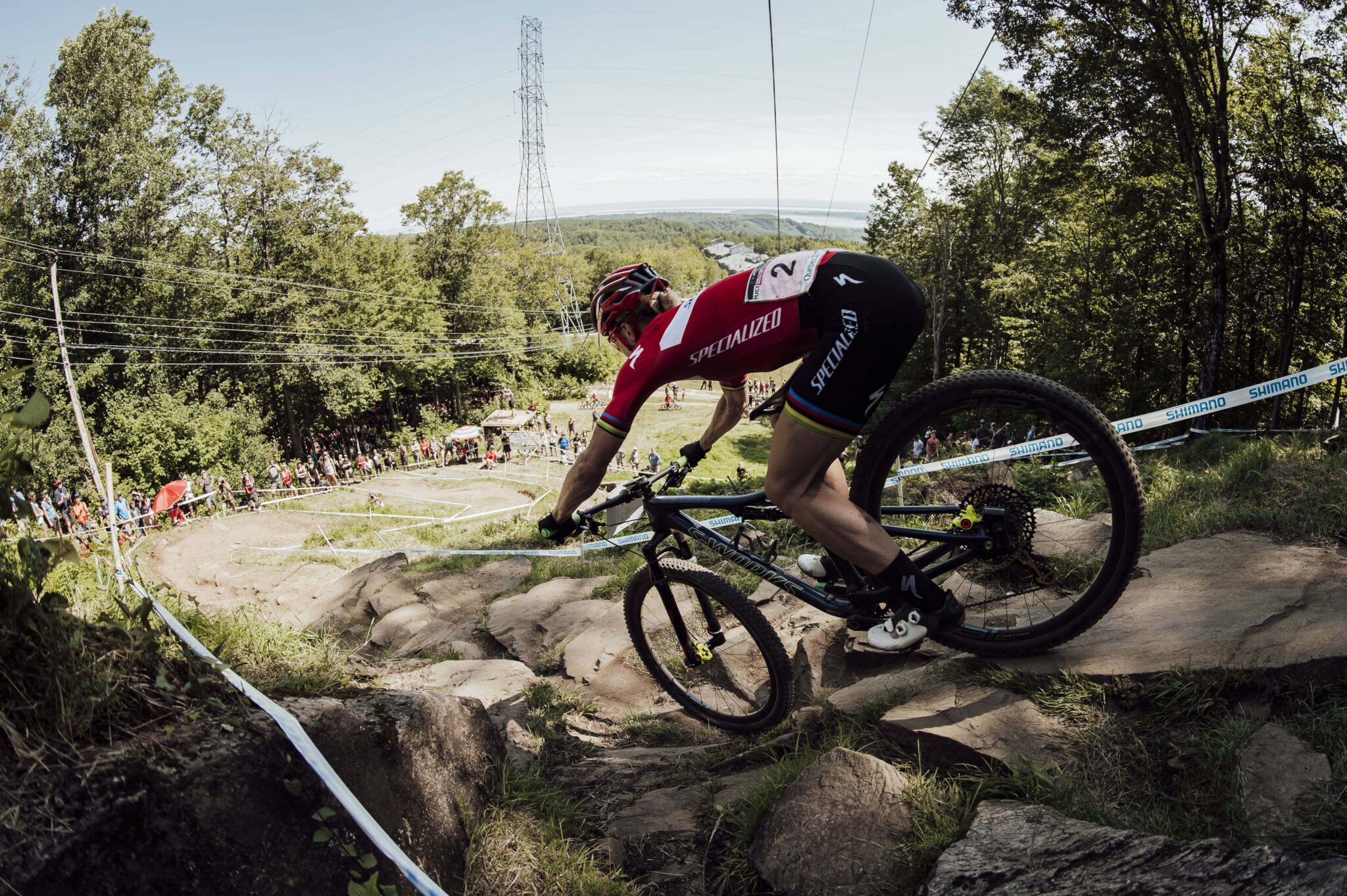 The Mountain Bike World Cup comes to the penultimate round in Mont-Sainte-Anne Canada bringing a classic venue into what has been a thrilling season thus far! Spectacular tracks, incredible performances, drama, the lot! MSA adds some flavour with an incredibly physical downhill track and similarly testing XCO course. Minnaar has seen success here before as has Hatherly with an u23 World Cup win in 2018 and eBike World Champs win in 2019. Let’s hope the Saffas unlock that form this weekend! We’re just a week past the previous round at Snowshoe USA and you can catch the highlights here.

With Fluckiger still in Europe and Schurter potentially injured from a crash in Snowshoe, the titans are down and we may just see another rider take their first ever Elite World Cup win in the XCO. You know who we’re hoping for.. The late evening racing will have our full attention this weekend!

The new additions to the MSA Downhill track may make it even longer than Fort William. Race times of between 4:30 and 5 minutes are predicted for Elite men. The speed is high on this track but the changes bring in some raw natural features that really make this an all-round affair that drops 600m from top to bottom! Catch the Vital MTB track walk video below.

The XCO Track has also undergone some changes, losing the classic “La Beatrice” section into the finish but otherwise remains rough and rowdy with killer climbs. No doubt there will be pain and suffering on track. We can’t find info on the length and vertical but you can get a feel for the course with the video below.