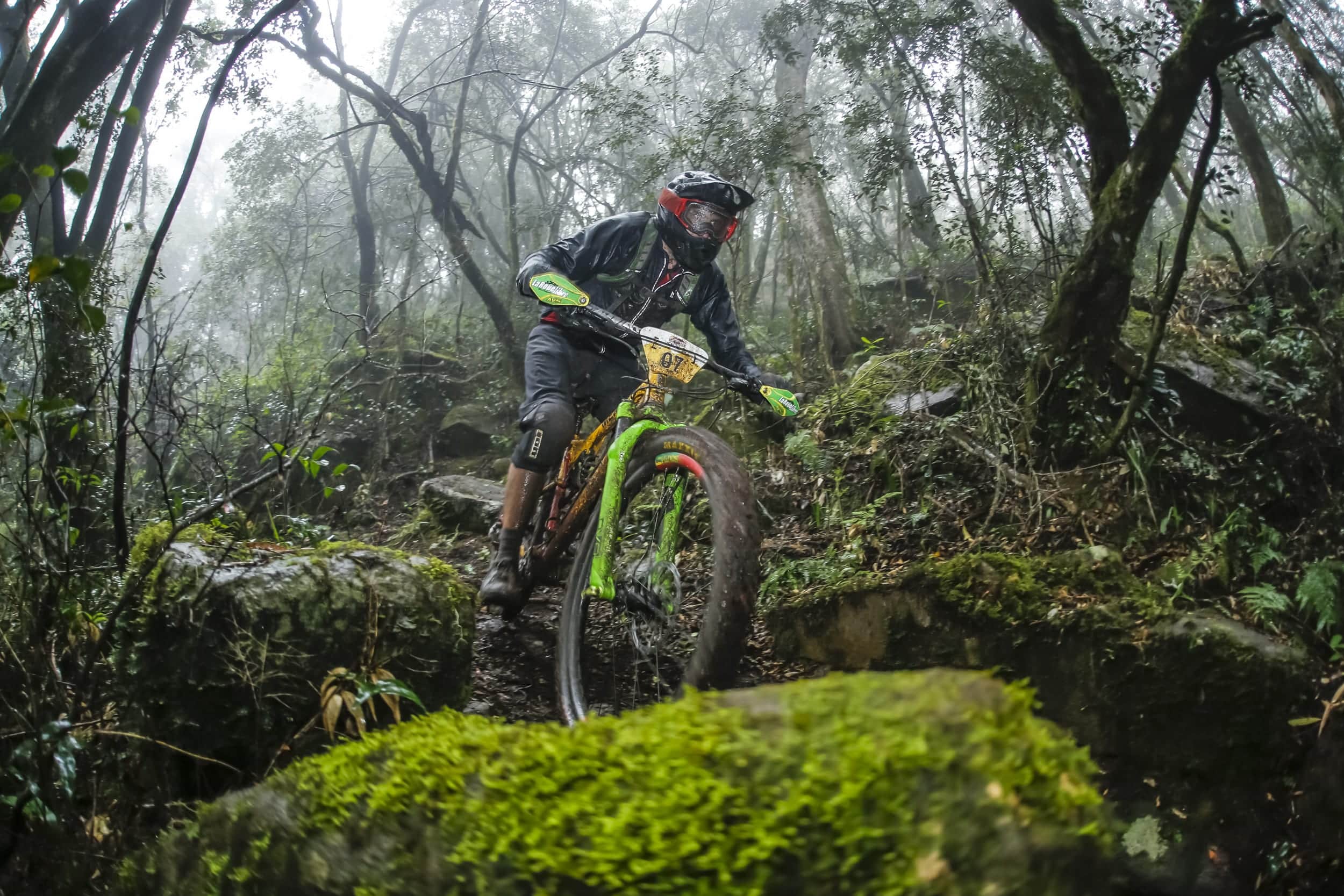 The steep and slippery enduro race in the Eastern Cape! A wild ride of note!

On the 14th and 15th of November, tucked away in the mountains of the Eastern Cape around the small village of Hogsback, a small group of riders gathered to take on the challenge of some newly created trails! “Steepish” was the word at the event, describing other vaguely, the very steep and technical nature of the stages that they would be racing!

The birth of these trails come through a bunch of guys hiding out in Hogsback during the lockdown in March. Rene Damseaux has a knack for sniffing out location with amazing trail potential and he teamed up with Chris Fick, Theuns Louw and Wayne Schell to carve away the phenomenal trails that would later host this event.

Saturday practice was an opportunity for riders to get out onto the tracks with shuttle access and get a feeling for what they would be racing on the Sunday. 6 stages with around 2000m total elevation drop. This was going to be no easy feat.

With riders coming from around the country to race, some new fresh faces and several well known pinners such as Rob Frost, Johann Potgieter, Keira Duncan, and Sharjah Jonsson, the race was certainly set to be a top class.

The rain came down hard over night and riders were greeted with the harsh reality that the trails they puzzled to make their way down on the Saturday just got a whole lot spicier! Nevertheless, the show went on!

There were plenty of thrills and spills and in the end, it was a two horse race for the top step of the overall podium. Youngsters Keira Duncan and Sharjah Jonsson exchanges the lead throughout the day and it eventually boiled down to a race of well over 50 minutes for the top contenders! Check out the top results below!

If you’re up for the challenge, the trails still stand there in Hogsback, waiting for some fresh rubber to make its way down!

Click this image below to see a trail preview with Johann Potgieter!

You may be seeing me having a look around there 😉