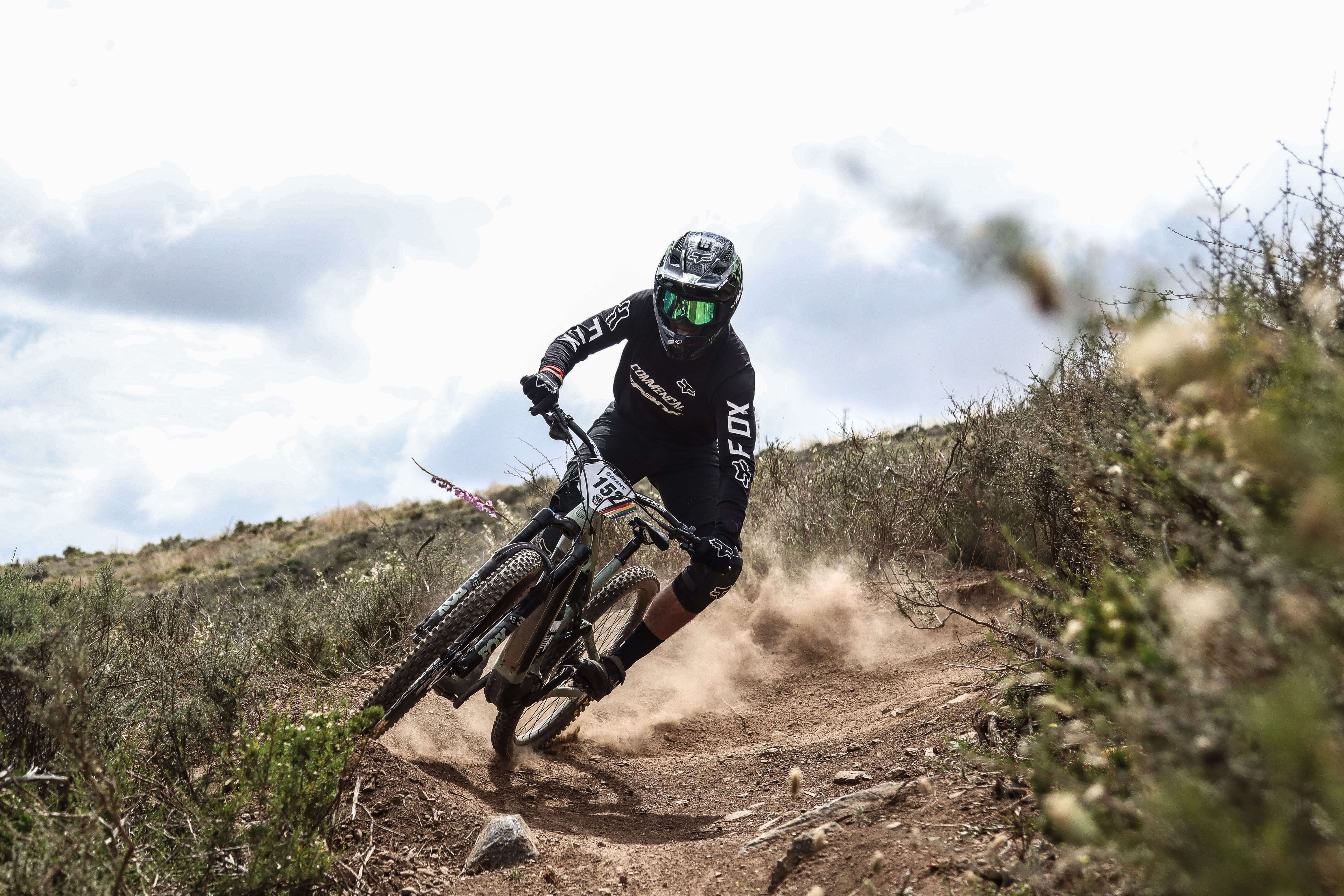 Sunday the 22 of November 2020 at Contermanskloof in Durbanville. 230 riders head out onto the hill in search of speed, fun, and come good old fashioned competition!

The nature of the 2020 year meant that this was the first (and last) Enduro Western Cape event of the season. Despite the harsh event regulations and other limiting factors, the event went off well with plenty of smiles and laughs from the riders.

Photo: Theo Erlangsen getting the eBike through the tight corners of Stage 5, Black Rhino.

The nature of the 2020 year meant that this was the first (and last) Enduro Western Cape event of the season. Despite the harsh event regulations and other limiting factors, the event went off well with plenty of smiles and laughs from the riders.

More than 40% of the field were first time participants of the series which bodes well for a growing sport in the Cape! Many of our juniors were missed, unfortunately, due to the event landing in the middle of school exams, but there were a few youngsters that escaped the books to get some racing in and boy were they fast!

Interestingly enough there were several top competitors who arrived on eMTBs! A couple of them were downhill riders, Niko Velasco and Theo Erlangsen of Commencal bikes, which could make fair sense but somewhat of a surprise was Matthew Lombardi on his Levo SL. Matt has just got back from a short season of racing E-bikes in Europe on the EWS-E and at World MTB Champs in Leogang. He really seems to be enjoying racing on the electric setup. This lineup certainly peaked our interest as to who was going to come out on top and which kind of bike was going to prove better performing when it came to racing the trails.

Photo: Stage 1 was all about leaning the bike in to generate traction.

Here is the breakdown of the stage results.

Photo: Stage 5 was physical. Riders had to work hard to hold speed at the end of a 5+ minute run.

At the end of the day, there was clear dominance in the men’s field and a down-to-the-wire race from the Women. U23 rider Jessi Nixon just edged out Frankie Du Toit to snatch the win for the Women’s overall. Rob Starke laid down consistently fast times, as expected, to claim the top step of the podium but he wasn’t the only noteworthy performance in the men’s field. Junior rider, Morgan Louw, was placing consistently in the top 3 for each stage, aside from Stage 5. That landed him comfortably in second overall in the men’s race. Inspiring performances from the younger riders! Here are the overall standings.

Photo: Matt Beers is usually spotted on the start line of a marathon event but this weekend he slapped on some knee guards and beefy rubber to have some fun at the enduro.

The consensus from riders at the race village was that the day was a success with great support from Tygerberg Mountain Bike Club and exciting stages created by Rob Starke! Riders compared the fresh-cut trail sections through the grass to French Cup downhill races but with marbles under your tires! They certainly reveal any weakness in your cornering technique and provided a good challenge for all the racers.

Photo: Rob Starke with a well earned beer. He established dominance on his trails in the non-motorised category.

Enduro is growing in South Africa. Riders are loving the vibe at the events and the fresh way to get out on the trails with their mates to have some fun at the races.

With that, the 2020 EWC season closes with a solid event and looks forward to what’s in store for 2021!

Keep it rubber side down,

(Who should take his own advice)