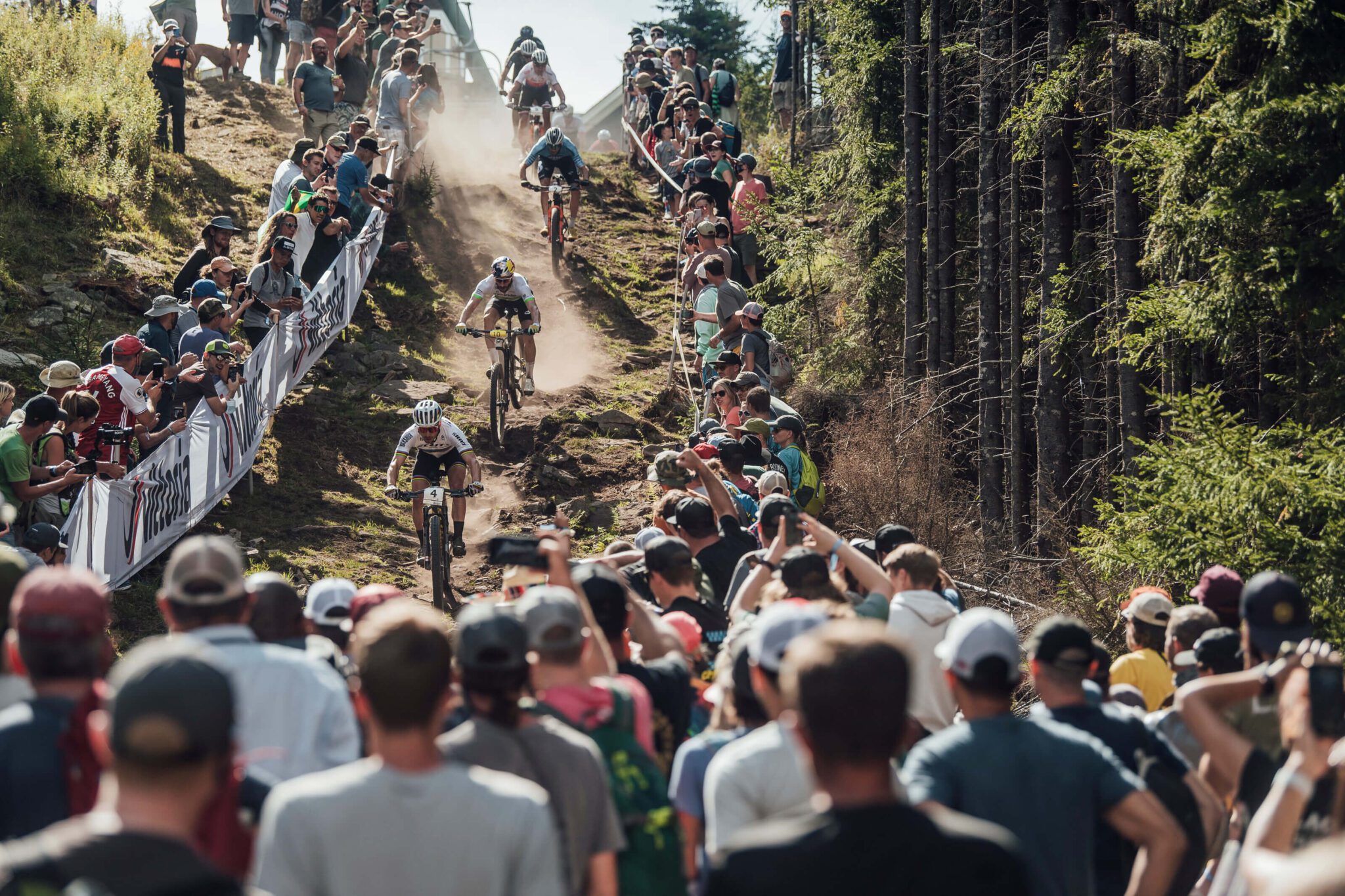 ‘MURICA! It’s go time in the US of A. Snowshoe is back with XCO and Downhill World Cup racing for the 3rd time and this year it won’t be the final round but rather the 3rd last before we race Mont-Sainte-Anne (Canada) next weekend and wrap up with Val di Sole (Italy) on the 2-4th September after World Champs in Les Gets France.

The West Virginia venue delivers on wild fans and crazy racing that has upset several World Cup overall results! We won’t have our usual host of up and coming South Africans competing but the big names will be present. Several nations held their national champs last weekend which could affect the performance of a few top athletes who had to race and then suffer a long travel close to the weekend’s racing. The best will rise to the top at the end of the day. Who is going to crack the code this weekend? There is a lot of rain predicted over the weekend which always makes for interesting racing! These are the top 10 standings going into the 3rd from final round.

It’s worth noting that Mathias Flueckiger will be sitting out the next 2 rounds after contracting COVID. His plan is to recover in Europe and prep for world champs in Les Gets. Hopefully the 2 weeks since Andorra has been sufficient for Alan Hatherly to get back into good shape after the sickness he was suffering.

2.1km DH track dropping 474m. Known for a flatter average gradient across the track, carrying speed is the primary objective for riders until a brief steep segment of track before you hit the most unappetising rock garden on the circuit. There isn’t a lot of gravity pulling you through the rocks so keeping it smooth and fast is imperative. This track seems to often spit out wild race runs and results that shake up the overalls so it’s going to be worth the late night to catch the action!

The XCO Track is 3.8km long and packed with technical features. This year they’ve added in some more tech as well as a section of flow trail which should look pretty good on the live stream. Punctures can cause issues here and the strongest descenders will be at an advantage in the technical terrain.

Live Timing (towards bottom of page)