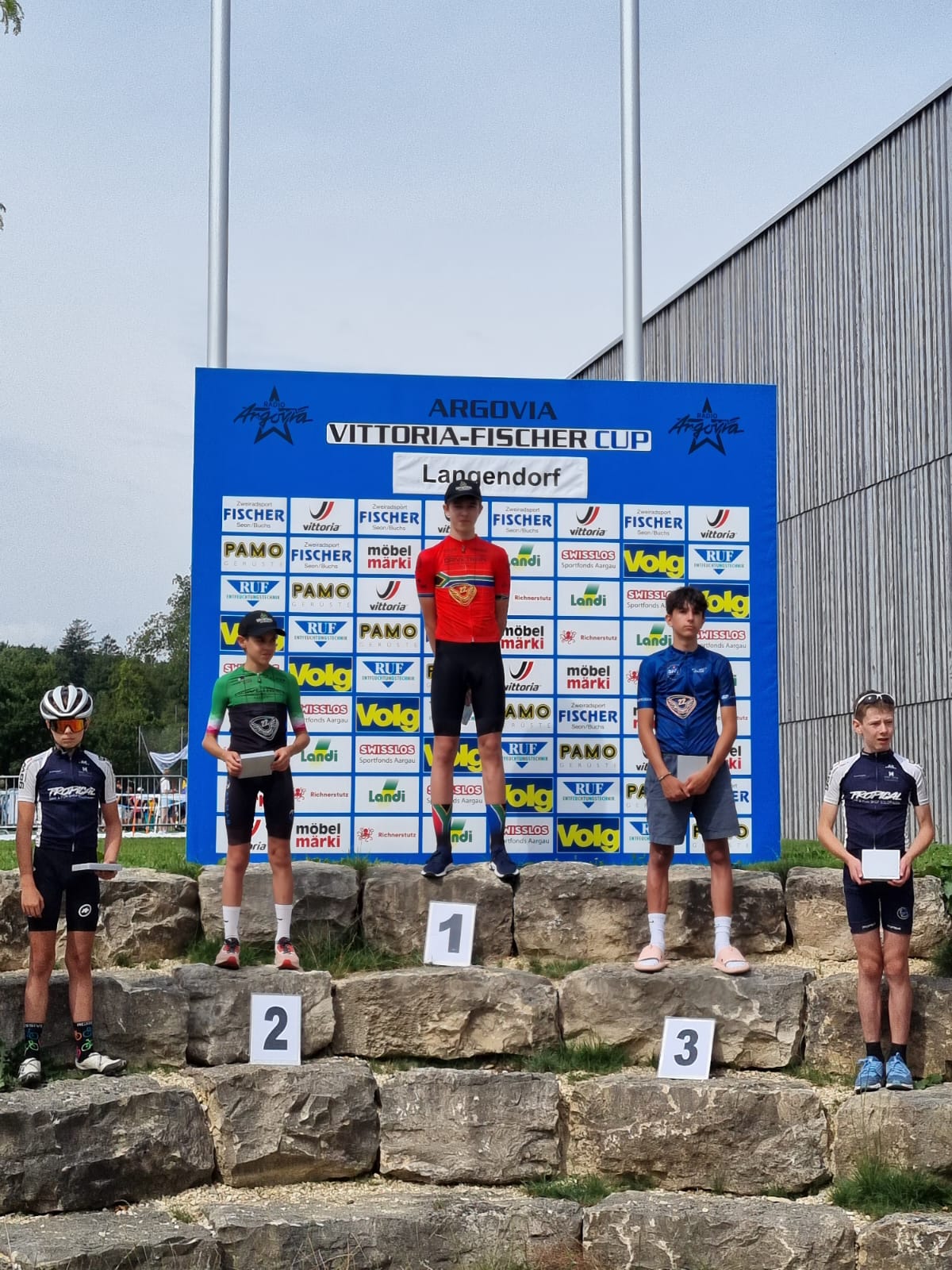 South African Sub-Junior XCO riders Josh Johnson and Seth Aszalos are currently in Switzerland in a camper van with their dads checking out the European bike parks. On Sunday they raced the Argovia Vittoria-Fischer Cup in Langendorf, Switzerland.

There were 40 Sub Junior boys on the start line including the current top ranked Swiss rider in the series. Both Josh and Seth got seeded to a third row start. The boys blasted out of the gate, with a wide start loop and a lengthy climb before the single track. Josh got himself into the lead and even opened a small gap heading into the root filled single track while Seth entered into the single track 5th.

The course had a good combination of technical single track but also wide gravel roads to allow over taking. It has it;’s fair share of steep punchy climbs and roughly 100m of climbing per lap for the fast 3 lap (30 minute) Sub-Junior race. Josh dangled himself out in front holding onto a 20 second lead throughout the race whilst Seth powered his way up to fight for second before putting in a decisive attack halfway through the final lap to cement his spot in second behind Josh!

A great start to their European trip finishing first and second in their first international races (both riders coached by Tyronne White of DriveTrain Academy). They have now headed off to Lenzerheide to ride the World Cup track before making their way across to Bassel for the Proffix Swiss Cup – probably one of the highest participated events on the Junior calendar and a week out from World Champs sees a whole host of riders using it as an opportunity to get their legs going. They will then be meeting up with a host of South African riders in Les Gets for the 2022 UCI Mountain Bike World Championships!