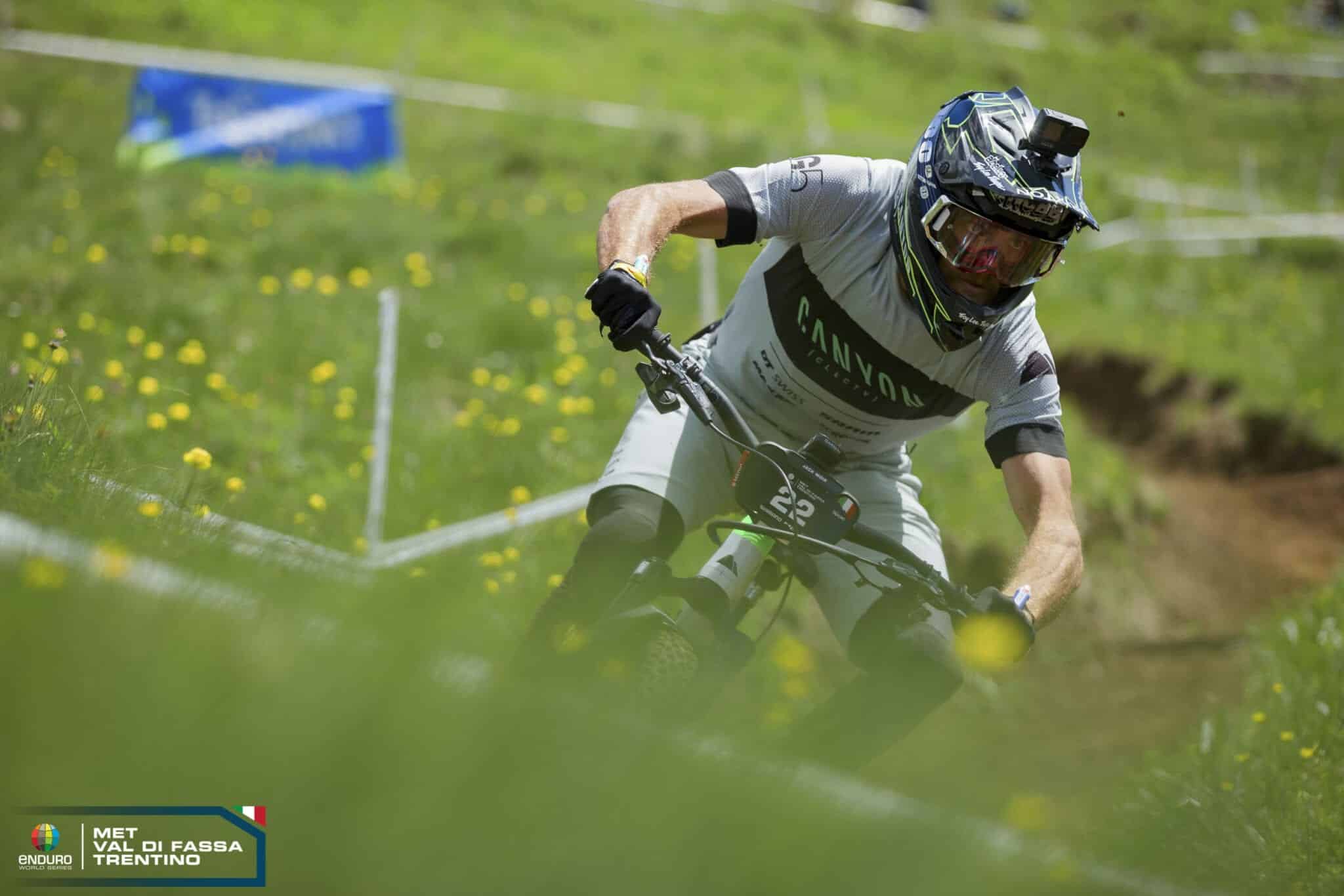 The 2nd Round of the Enduro World Series kicked off on Friday afternoon with the Pro Stage – a single Stage that will be raced the day before the main race day, its time will count towards the overall race time as well as offer overall Series points for the top 5 Stage finishers.

The Pro Stage was Titans (raced as Stage 1 on Wednesday), 2.71km in length and dropping 636m! Check out the action from the Pro Stage below.

In the men’s Pro Stage Richie Rude came out swinging with a 5 second lead over Jack Moir (who suffered a suspension issue on the stage). Jesse Melamed rounded out that top 3. The ladies race was a real mixed bag as Swiss rider Camille Rast (12th overall) claimed a Stage win, with Sidone Joliden (20th overall) and Kate Lawrence (18th overall) in 2nd and 3rd respectively.

It would seem that the weather played a big role in the women’s Pro Stage results, the faster riders going off last having to negotiate freshly soaked roots while the first riders on track enjoyed the dry conditions. The 3 stages to follow on Saturday would restore order to the standings.

Isabeau Courdurier was reporting to be exhausted after Round 1 on Wednesday which was a very emotionally heavy race for her. Its was her first EWS race since the recent passing of her father, who was a strong support for her at the races. She posted good stage times but was not the fastest on the day as she was on Wednesday and instead 4th place would be her end result.

Harriet Harnden, the first year elite rider from the UK, looks to be finding good form this week and managed to claim the 3rd step on the podium as French riders Morgane Charre and Melanie Pugin changed stage wins. It was ultimately Melanie Pugin who dominated with a 15 second victory at Round 2.

The big question after Round 1 in the men’s race was how the Riche Rude vs Jack Moir battle would play out. With less than a second separating them after a day’s racing, it was all to play for in the 2nd round. It would come down to Stage 4, the 6.5km long Queen Stage to decide the victor. Moir went into it having 0.4 seconds over Rude (after over 16 minutes of racing!), he put down a cracker of a run, taking victory of teammate Jose Borges by 7 seconds and putting 14 seconds into Richie Rude!

Jack Moir claimed his first ever Enduro World Series win! The Australian is going to be a title challenger to watch out for in 2021. Rude stood on the second step for the day with New Zealander Charles Murray earning 3rd place and his first EWS Podium at Round 2. Top 10 results below.

The next round will take place in La Thuile, Italy, on the 8th and 11th of July, another double header! Here are the current championship standings after Round 2.