TEAM SWITCHES AND NEW RIDES! WHO IS RACING FOR WHICH TEAM IN 2021? 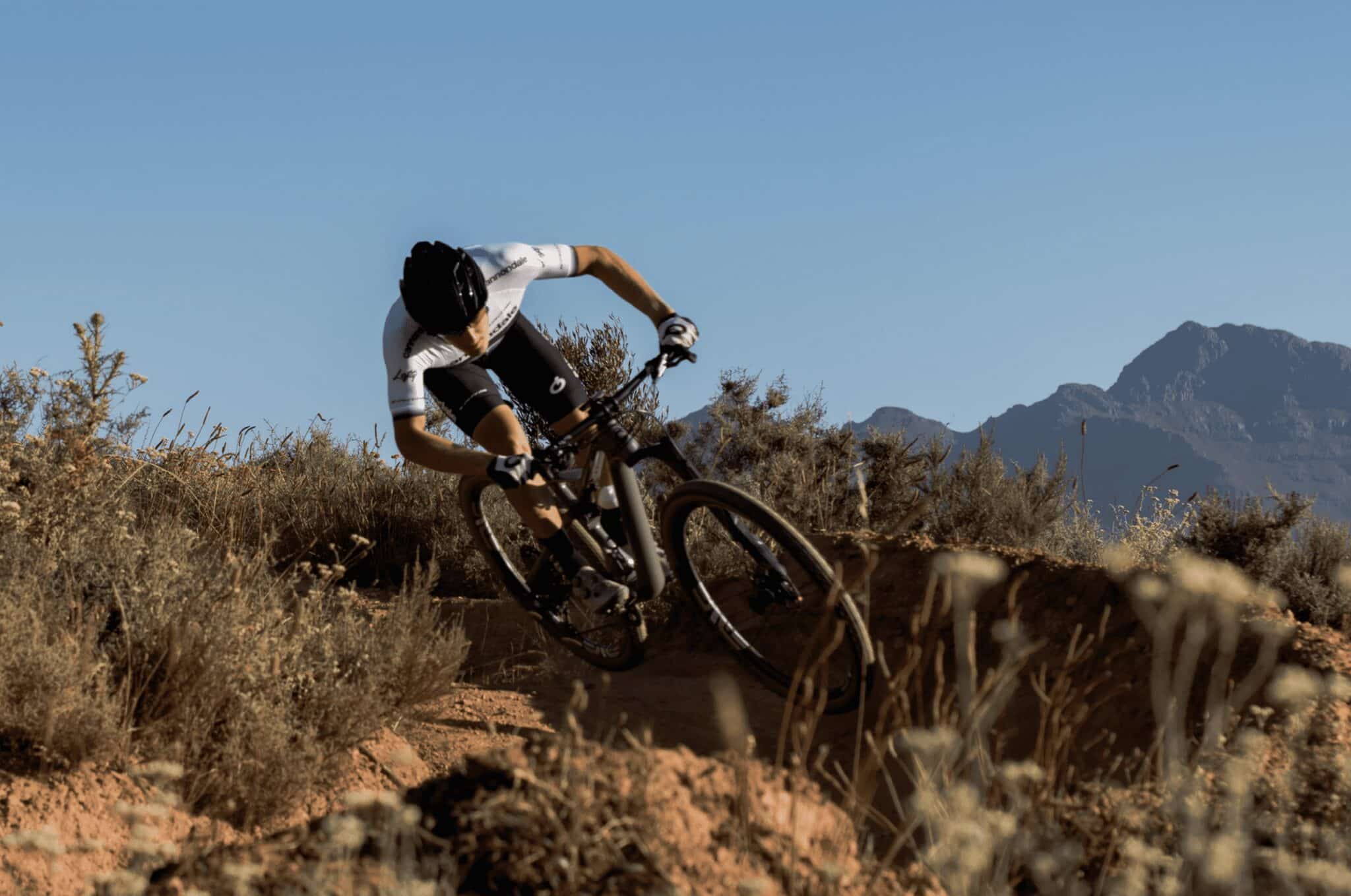 2020 was of course a year of much turmoil and certainly so in the mountain bike racing scene. Events shifted and cancelled, athletes were left to rethink their goals and purpose and pro teams had to adapt or risk becoming forgotten and obsolete. Thankfully we got to see some action in the latter part of the year. International and local racers got to get out and stretch the legs and despite the odds, we have seen a lot of good movement in the pro team ecosystem! Let’s have a look at what’s been happening in the team space.

If you haven’t heard by now that local hero Alan Hatherly has moved across to the international Cannondale Factory Racing Team from Team Specialized, that would be almost as surprising as the move itself! Alan was showing really strong performance on the Specialized team with World Championships wins over the years and an Elite World Cup podium in 2020. He and teammate Simon Andreassen will be racing alongside Henrique Avancini and Manual Fumic. A formidable team. Cape Epic and World Cup races are firmly in their sights! You can read more detail about that switch here and keep one eye out for our latest YouTube video coming soon where we catch a ride with him and chat about the new team!

Another big international move comes in the form of Sarah Hill signing to Liv Factory Racing International! Sarah has been racing for Galileo Risk Infiniti alongside Theresa Ralph for the past few years but has always had the Liv Factory Racing team as a goal of hers. After great dedication and effort, the dream is being realised! She shared that her calendar holds a fair helping of gravel racing as well as a few World Cup XCO races. We are just itching to see Sarah on the world stage blasting off! Sarah says that “moving to the Liv Factory Racing team is honestly a dream come true. I have been striving for this for years and I absolutely can’t wait to take my racing from a domestic to international level.”

It seems Sarah was such an asset to the Galileo Infiniti team that they needed two riders to fill the gap she left! A well known Samantha Sanders and young gun Kim Le Court join Theresa for 2021 and we’re certain they will continue to be a powerful force in the marathon space.

We also announced recently that Luke Moir has signed with Trek for the new year. He will be racing on the Supercaliber and Top fuel at XCO races locally and abroad as well as the Slash enduro bike for any enduro racing he gets himself into. Luke is young in years but brimming with talent and commitment to his craft. We see bright things ahead for him as he progresses as an athlete and shows the world what he’s made of!

Phil Buys commented that “it is exciting and motivating to have Gert as part of the team again. With the continued support from sponsors and our long term support team, I think we will be an even more formidable unit to reckon with. Having four strong riders being very capable with any mix of pairings also lightens the pressure for everyone. Less pressure equals more fun and that translates to more speed!”

Arno Du Toit will now be racing for Team Insect Science Mountain Biking who also recently welcomed Danielle Strydom to the team as well. It is great to see 5 riders being backed by Insect Science and driving hard into the 2021 season. Danielle said that “it’s an honour being part of a team so invested in this sport – it shows real passion, especially in these difficult times”.

It seems the new team suits Arno well and will be a good environment for him to perform at his best. He says “over the past few years I’ve learnt to appreciate the simple love for cycling and racing bikes. I’m really happy to be joining Insect Science, as the support, vibe and culture within the team provides the ideal structure to be the best version of myself, on and off the bike.

Also really excited to have Specialized Tygerberg onboard, blessing me with the best equipment.”

Back at DSV Pro Cycling, Nicol Carstens and Jacques Janse van Rensburg fill in for the departing members and looking to stamp their own mark. Jacques comes from a strong road racing background and Nicol has moved to DSV from Imbuko Giant. Nicol has this to say about the new team, “I’m super excited for this journey with DSV pro cycling. We’re backed by some of the most amazing brands and it’s an honor to be racing in their colors. The main goal for the season is SA marathon champs as well as Cape Epic African jersey, and who knows, maybe a stage win. I’m really looking forward to racing with Jacques Janse van Rensburg for the season, he’s so experienced and I learn so much from him.”

The Imbuko Giant team that Nicol leaves behind will still include Marco Joubert and Tristan Nortje, but now with the addition of Rudi Koen, Franko van Zyl and Tristan De Lange. This classy team of 5 is sure to be seen having plenty of fun at the races while delivering potent performances!

“There has been a lot of changes in our team for 2021.” says Marco Joubert. “Mainly the team has become a ‘younger team’ with the addition of 2 new U23 riders. We are all under 25 years old in the team, a super young and exciting team. As you can imagine there is a lot energy and drive among us to prove ourselves in the MTB racing scene (although we have already done this a couple of times). For myself the most exciting part of the new team is having Tristan De Lange joining us. He is a super talent and we have raced each other since junior level so there is already a bit of a relationship. Tristan is super knowledgeable bike equipment and he brings a very professional outlook to the team, something that will benefit all of us. I am very excited to have him as my MTB stage racing partner. I dig his explosive style. The plan is to race off the front with style and have as much fun as possible.”

Rudi and Franko are keen to learn from the experience of their teammates and put that into practice to become stronger riders.

While we are talking about experience, let’s not forget the team of HB Kruger and Shaun-Nick Bester now racing under Alfa Bodyworks Titan Racing. These guys know what it takes to be at the top of the game and with new sponsors and locally designed bikes, they should get a fresh hit of energy and drive to perform at the highest level. “Some of our goals include the ABSA Cape Epic African jersey and the shorter stage races like Wines2whales and others. Our team will do a combination of road and MTB during this season as Alfa Bodyworks have a big footprint in road cycling as well, and the combination will suite Shaun-Nick and myself quite well as we both have big roadie backgrounds.” – HB Kruger

As for new teams, there is also the Computer Mania MTB Racing Team. The team is made up of 3 World Cup racers, Cherie Redecker, Daniel Van Der Walt, and Johan van Zyl. Johan has represented at World Champs in 2019 and landed a 2nd u23 at the 2020 SA XCO Champs. Cherie is a top 25 World Cup performer who has also seen notable performances at Cape pioneer Trek, Swiss Epic, and Cape Epic. Finally Daniel, multiple SA Champ, 3 X World Champs XCO appearances as well as some strong performances in the UCI World Cups. Their strengths lie strongly in the Cross Country discipline. The team’s focus is to afford South African MTB riders the opportunity of participating in UCI races both in South Africa and internationally while developing skill sets to place South Africa on the map with meaningful results. The team will have full UCI Team setups and support at all World Cup races and the World Championships. This support will also be extended to other European races.

The Computer Mania MTB Racing Team platform looks like it will serve these riders well as they represent South Africa at the highest level of racing. It is great to see such a strong backing behind talented riders!

You may or may not be aware of the Project Barrier Breakers team by this point. They came alive in 2020 and the team of Elrika-Harmzen Pretorious, Tyla Setzkorn, Cally Silberbauer, Bianca Silberbauer, Renata Bossi, and Teagan Philips are aiming to change the game for women’s cycling in South Africa. Racing performance is only one aspect of this team. They aim to promote women’s riding and inspire other ladies through their relatable and approachable characters to get stuck into riding bikes! They are all great people to be around and have found such value in riding that they want to share with other women who aren’t sure or are nervous about getting into the sport. As the name suggests, they are set at breaking down and breaking through the barriers that many women face when it comes to taking up cycling as a sport. Keep your ears peeled for an upcoming podcast where we sit down with Renata and Elrika to talk about the team and their stories of getting into cycling! They have some great ideas that we look forward to seeing put into action and we hope they become a strong force for inclusion and diversity in our sport.

There we have it! Plenty of exciting news to chat about and hopefully a very exciting race season up ahead!

Did you have your money on any of this moves happening? Let us know in the comments.

Have a rad weekend and go ride your bike!