The ‘Automatic Gearbox’ For Bicycles Has Arrived. Shimano’s New Di2 With AUTO SHIFT 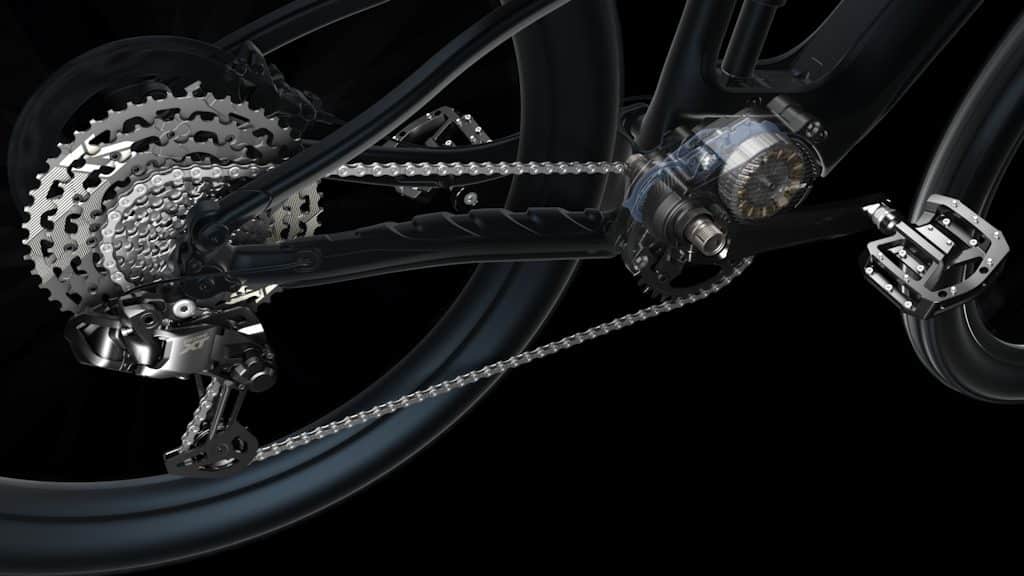 As our bicycles have become increasingly electronic and automated (suspension, bike computers, motors, dropper posts and drivetrains) I have often wondered when we will have mainstream automatic-shifting drivetrains. Turns out that the time is now! Well… almost now.

Shimano has just announced the release of their new EP8 and EP6 motors along with the new Deore XT and Cues Di2 drivetrains. What we have been told by the Japanese giant is that automated shifting will be available on EP8/6 motor equipped eBikes towards the end of the year. What a time to be alive!

So quite a lot of new looking things! Here is a breakdown of the new tech.

EP8(801)
An update on the popular EP8 motor that allows it to communicate with the Di2 derailleur. 85Nm of torque and 250W output. Also compatible with mechanical drivetrains. Weighing in at 2.7kg.

EP 6
This will have all the same features of the EP8 and power specs but comes in a bit cheaper and heavier, 3kg.

Deore XT Di2
With the XT Di2 there will be the HYDROGLIDE+ spec and LINKGLIDE (a more robust and lower range design for eBike use). The derailleur is wired to the eBikes’ battery (hence this new Di2 technology will only be available on eBikes for now) so charging it isn’t a worry and the same is true of the shifter. It is the connection of the derailleur with the EP8/6 motor that allows of the Auto Shift and Free Shift technology. There is also a more traditional manual shifting mode.

Cues Di2
This will be a lower spec more affordable version of the XT Di2 drive available in 11 or 10 speed versions and boasting the same shifting features it seems.

AUTO SHIFT
This is available only with the LINKGLIDE (11spd 10-50t) drivetrain and is “a forward-thinking sensor technology in combination with LINKGLIDE technology that monitors your riding to measure cadence, torque and speed to seamlessly move you into the best gear for the conditions”. So you’ll just have to think about pedalling and coasting while your bikes handles the shifting! Pretty incredible but I wonder what that feeling would be like? I’d imagine quite odd at first but easy enough to get used to. I can’t help thinking that I would prefer to have my shifting in manual mode 90% of the time but who know’s.. it may be a very intuitive system. What does excite me is FREE SHIFT

FREE SHIFT
This is avaiaible on any of the new Di2 eBike drivetrain configurations and is a technology that allows you to shift gears while coasting. The battery and motor will turn the drivetrain as you freewheel if you choose to change gears while not pedalling. Pretty handy if you see a sharp incline ahead or have picked up speed and need a heavier gear when you next get on the gas!

The new Di2 shifting will only be a available on complete bikes from later this year. The announcement has been made ahead of Eurobike where many bikes on the showroom floor will be featuring the new motors and drivetrains. We can’t confirm if the new EP8 motors can be reverse installed onto current EP8 specced bikes to allow for Di2 but assume this will be possible, if you’re able to get ahold of one after market..