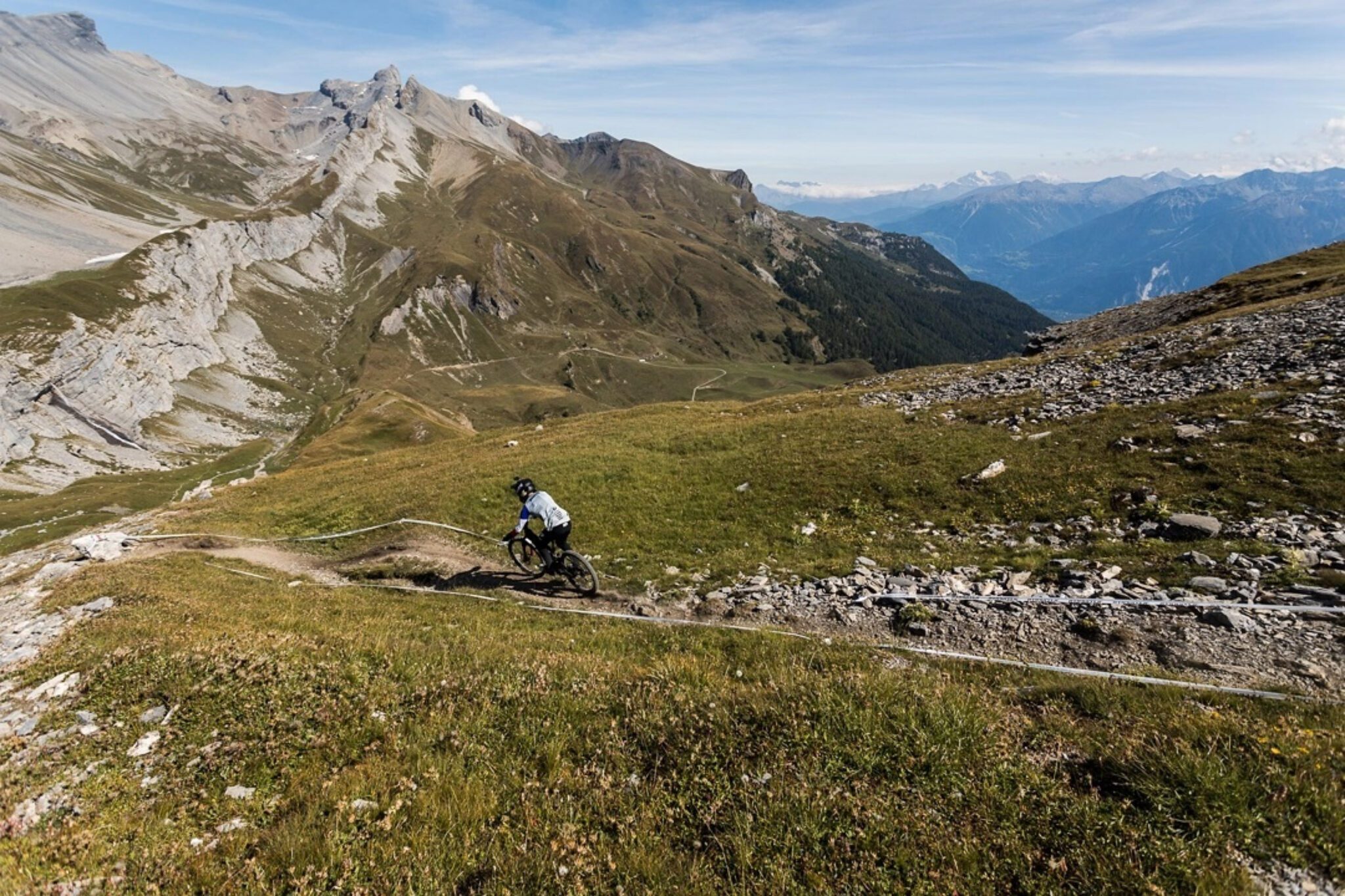 With 6 Enduro World Series rounds down and 3 to go, we arrive at Round 7 in Crans-Montana Switzerland! This first event of the season to not be a double header. Racing will take place on Saturday and Sunday with the Pro Stage kicking the race of on Saturday evening followed by the remaining 4 stages on Sunday. Crans-Montana is a first-time host of the EWS but the Swiss races are generally regarded as highly technical and produce brilliant racing!

Have a watch through of the course preview for all the event info or read below!

The Queen Stage: One stage per event will be designated the “Queen Stage”. Top 5 finishers on the Queen Stage will receive bonus points for the overall series rankings.

The Pro Stage: A high action stage that will be raced on the evening prior to main race day. Top 5 finishers on the Pro Stage will receive bonus points for the overall series rankings and be seeded as the last 5 riders to start on the following race day.

The competition is still very spicy in the women’s field! Noga Korem was within spitting distance of her first EWS win of the season at round 5 until the multidiscipline weapon Harriet Harnden came back on the last stage to win the round! Harriet looks very strategic in her race craft and it is paying off. Melanie Pugin leads the series and hasn’t finished outside the top 3 this season. Consistency wins a series they say, very impressive. Isabeau finally seems to be finding her groove after the passing of her father last year. She said she was enjoying the racing again and having fun on the bike which seems to be a good thing for results as well given her 2nd win of the season at Round 6.

If you have seen anything at all from the EWS this year, you will be aware that Jack Moir and Richie Rude are the men to beat. Jack has edged ahead of Richie in the overall as a result of winning the last 2 rounds in France but they remain all but inseparable. Jack appears to have the edge at this point but the Swiss trails may suit Richie just a bit more this weekend and allow him to claw back some points. Edge-of-your-seat stuff! The other spot on the podium is just about anyone’s game! Kev Miquel, Charles Murray, Jose Borges, Jesse Melamed, Martin Maes, Kasper Woolley and another 10 or so riders wouldn’t be surprising to see on that 3rd step, or even the second? Check the results from the previous round here to get an idea of the names in contention!