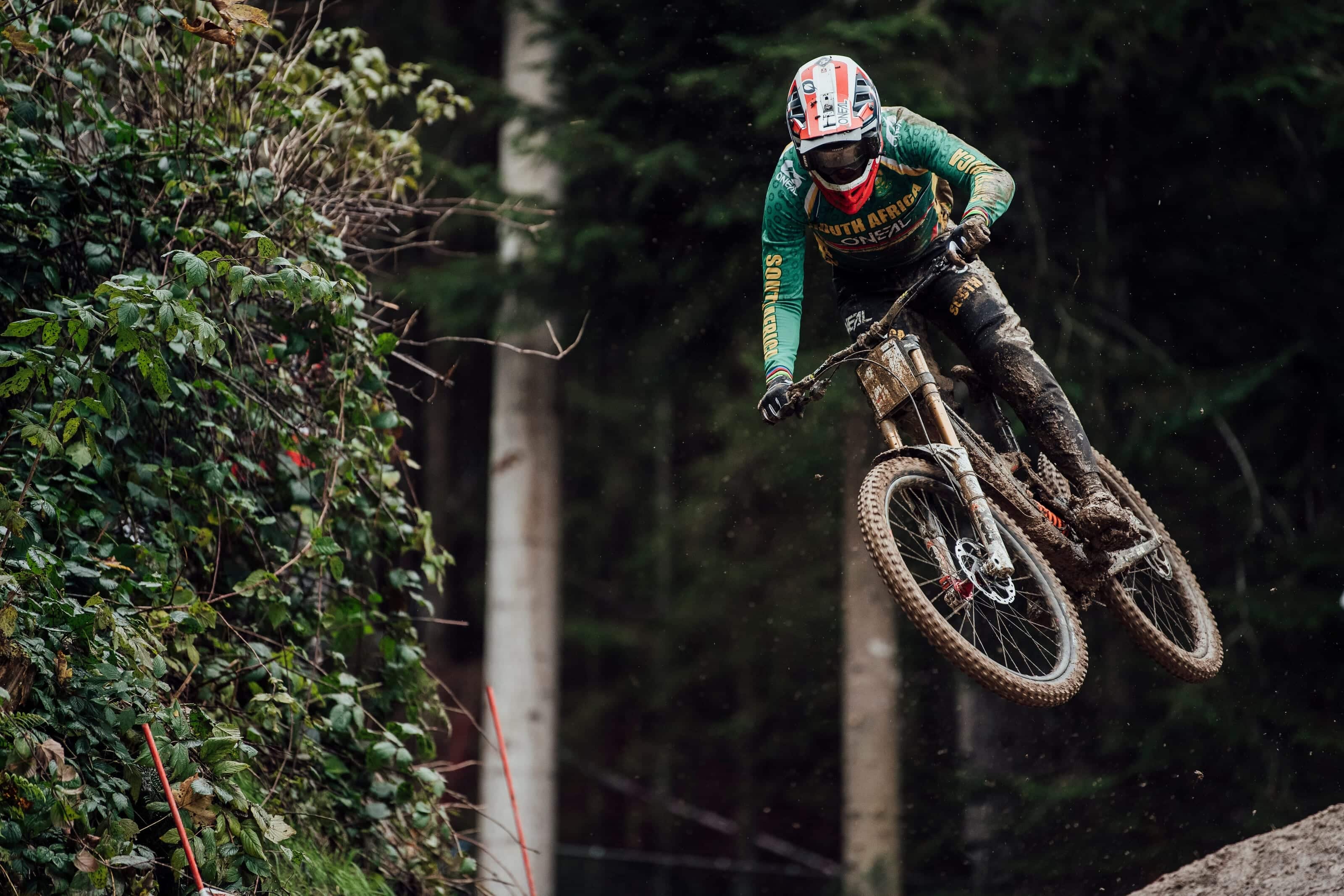 And just like that, the UCI World Champs is all wrapped up. A very interesting week of racing. The late season race made for some rough weather and sketchy track conditions!

South Africa had 7 riders competing over the week in the XC races from the e-MTB to the elite Men’s and Ladies race on Saturday. The track was like a kiddie’s a slip and slide! Riders were crashing, running and sliding all over the place! Definitely sub-par racing conditions but champions had to be crowned and so the races went on. Pauline Ferrand Prevot took the top step again and retained her rainbow stripes! In the Men’s race, Jordan Sarrou of France kept it together and earned himself a place in history and the rainbow stripes going into 2021. Below are the results from the South African’s who competed in the races this week.

The Downhill track had some new sections added for the World Champs and they were incredibly steep! Those new additions mixed with tons of sloppy mud meant that very few riders were actually making it down the track without crashing! Reece Wilson from the UK set a strong time early on and it held through the whole day, earning him his first World Championship title. We had high hopes pinned on Greg Minnaar but he too was unable to tame the slop of the Leogang track. The South African results were as follows.

If you didn’t manage to see the action on TV, have a look at Vital MTB’s RAW clips from slippery slopes of Leogang this last week. Lots of crashes!

On the local scene, the 4th round of the Nissan Trailseeker Series took place at Sondela Nature Reserve. Riders were treated to up close game viewing throughout the race on this private game reserve but the finishing times indicate the front runners weren’t taking too much time to stop and look at the giraffes!

The men’s race was hotly contested with the top 10 riders all finishing within 1 minute of the winner. The top step of the podium went to Pieter Du Toit with a time of 02:17:34 for the 68km race. Wessel Botha came in just 1 second behind him while Brendan van Eeden pipped Phil Buys and Matt Beers to 3rd place.

In the ladies race, Theresa Ralph claimed the win with a time of 02:37:09 having a comfortable lead of over a minute on Kim Le Court. In 3rd place was Amy McDougall, coming in 4 minutes behind Kim to round off the ladies podium.

That’s it for the weekend wrap! We’ll catch you later in the week.

Have a good one,