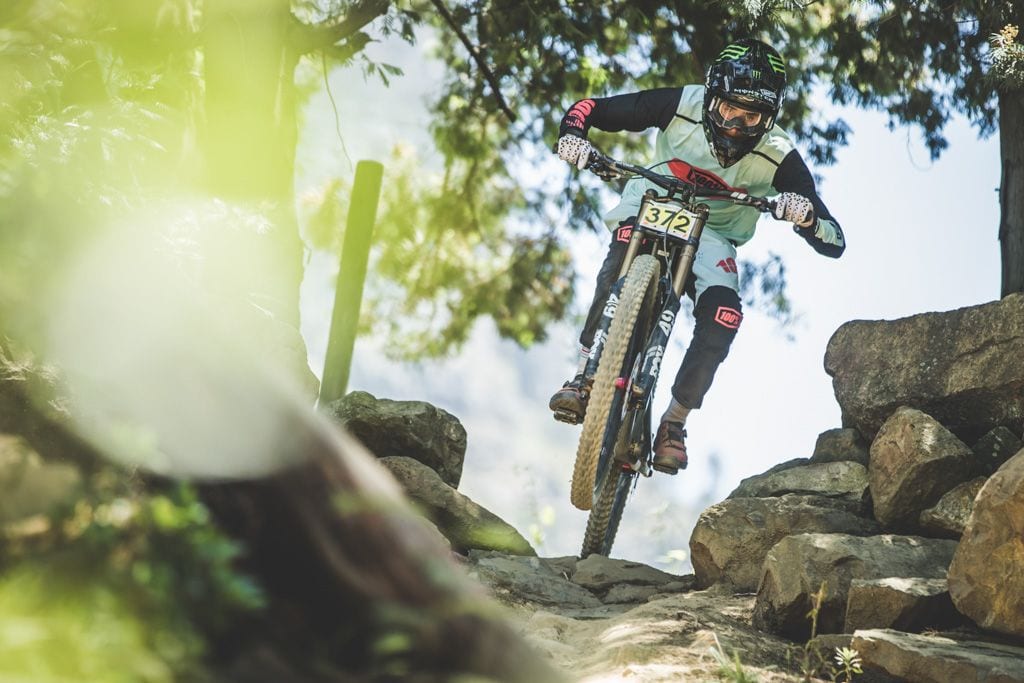 An action-packed weekend is all wrapped up and here is all you need to know from the racing that went down!

The Nissan Trailseeker Series had its last event for the year at the Legends MX location just outside Pretoria. The marathon race took place over a 70km course and the winning times were around the 2hr45 mark. By the looks of things, there was a fair helping of mud out on the track which would have added a couple degrees of suffering to the day.

With Sani2C being just around the corner, the Trailseeker race was a good place for riders to suss out where the competition was at so let’s talk about results.

The top step of the Ladies podium was taken quite convincingly by Amy MacDougall in 3 hours 12 minutes with a 7 minute lead over Dormakaba teammate Robyn De Groot. In 3rd place was Sarah Hill of Galileo Risk Infiniti, just short of a minute behind. All three of these ladies (as well as 4th place Kim Le Court) will be racing at this week’s Sani2C and we are interested to see who comes out on top in the team stage racing format.

In the men’s field, Phil Buys of Pyga Euro Steel stormed through in 2 hours 42 minutes with a lead over Jan Withaar of 1 min 48 seconds. 3 minutes back from Withaar was Pyga Euro Steel rider Pieter Du Toit, rounding out the podium. Click the results image below to see the full results.

Thus ends the 2020 Nissan Trailseeker series. Almost time for some off-season downtime for the marathon racers and then we look forward to seeing them back and hammering it out in 2021!

The Western Province Downhill race at Hellsend Dirt Compound saw 90 riders pull in over the weekend to face a high-speed track with its fair share of technical rock sections to boot! Saturday was a practice and shuttle day while Sunday served as the race day with around 50 riders putting down their race runs.

The times were tight with just 2 seconds separating the top 5 and it was Niko Velasco who posted the fastest run. 2nd place went to Tim Bentley and 3rd to Johann Potgieter. Junior rider, Ike Klaasen, slid into 4th place while Theo Erlangsen took 5th. Hot racing to round off the year and 3 rounds of Downhill racing. Top 10 results below.

As mentioned in the lead-up to the weekend, the WILD AIR crew are in KZN and got in on some canoeing racing in Pietermaritzburg. The Clanfin Umpetha challenge, a 22km race down the Dusi river starting on Camps Drift and ending on the top of a hill at Bishopstowe country club, took place on Sunday. This race was the first in a series of races leading up to the MyLife Dusi Canoe Marathon in February 2021. Paddlers faced man-made weirs, rapids, and a 2km run with the boat to finish the race.

Local legend Thulani Mbanjwa diced u23 paddler Dave Evans for most of the race but managed to get away from him with 1 km of running to go. It was great to get in on the canoeing action once again and the scene looks to be heating up nicely ahead of the 2021 MyLife Dusi!

There isn’t much time to rest as Sani2C kicks off on Wednesday when 500 riders will begin the Adventure. The Race will follow with a start on Thursday where the best marathon riders from around the country will battle the elements and each other for victory at the sea on Saturday to end off a rather abnormal racing season. Bring on 265km of good old marathon stage racing!

Keep those pedals turning this week,