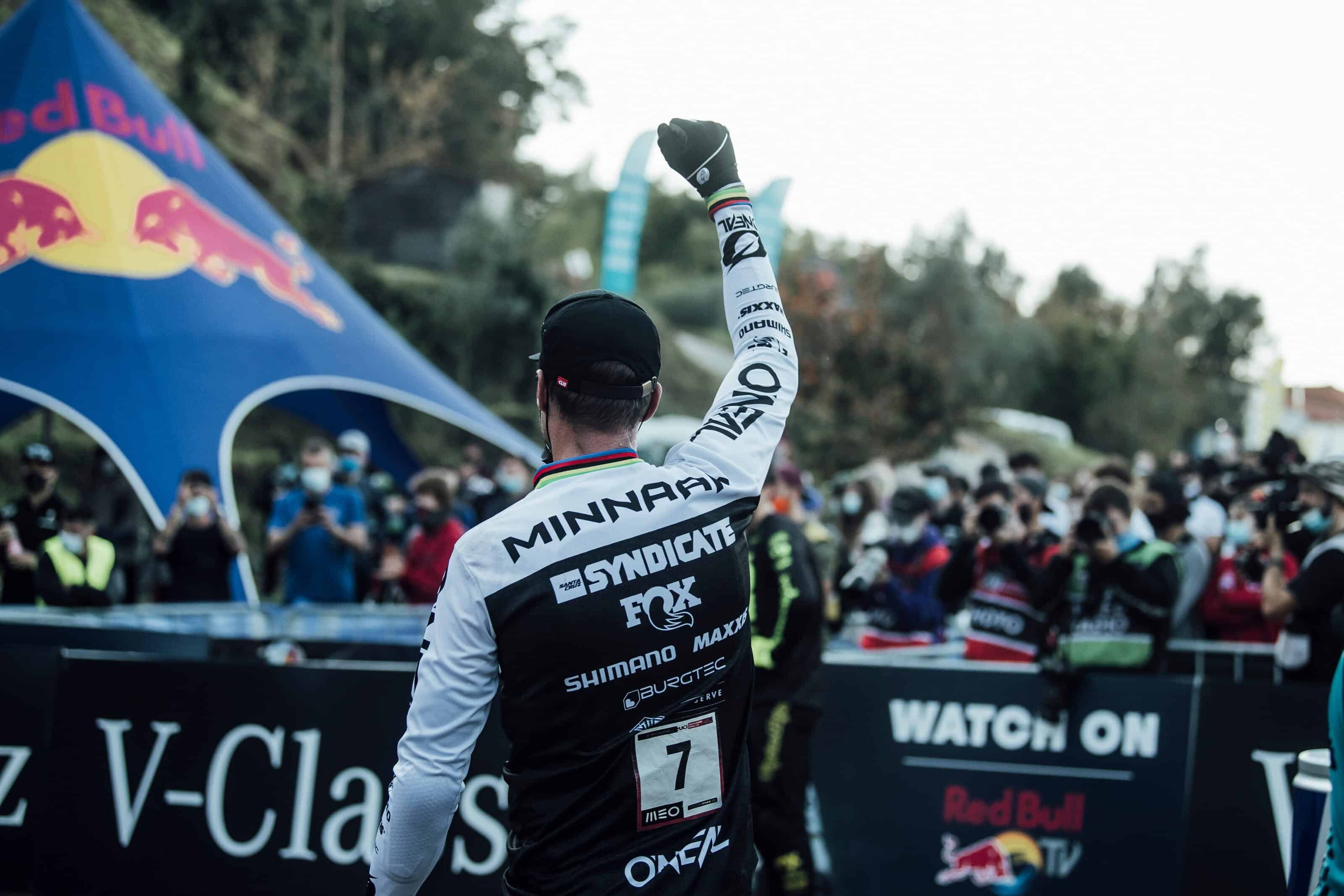 Boy did we get our money’s worth this weekend!! Another down to the line race at the Nissan Trailseeker Series and extraordinary scenes at the double header UCI Downhill in Lousa, Portugal!

Round 5 of the Nissan Trailseeker series took place in Cullinan on a 71 km course with just short of 1000m of climbing. Riders blasted through the course with at a very high average speed and once again a very tight finishing the mens race! Nico Bell out sprinted Jan Withaar to the win while Shaun-Nick Bester came through with a comfortable 3rd place. The top 5 was rounded out by Phil Buys and Alan Gordon.

Robyn De Groot clearly on form after her 4th place at World Marathon Champs in Turkey took the win in the ladies field by 5 minutes over Amy MacDougall. A minute back in 3rd was Theresa Ralph who was followed by her teammate Sarah Hill. Kim Le Court came home in 5th. It is 1 month until the final round of the series at Legends MX. No doubt riders will be going out all guns blazing!

Moving over to the gravity racing in Portugal. If you haven’t heard the news yet, you must have been in a cave all weekend because THE GOAT DID IT AGAIN! Greg Minnaar took his 22nd ever World Cup win on Friday and claimed his 83rd podium on Sunday in Lousa Portugal. Just Incredible.

The track has been used of the the years by Fox Suspension teams for testing. The style and speed are also similar to the World Cup track in Pietermaritzburg. Greg seemed right at home over the weekend and he gained the edge needed to put together a winning run at the first round.

The Sunday race in Lousa was made rather interesting by some wet weather at the top halfway through the men’s field. In the women’s race, Marine Cabirou went fastest to take the win ahead of Nina Hoffman and Tahnee Seagrave but close on 3 seconds! In the men’s race, Jamie Edmondson of the UK laid down a fast time early on in the race that stood for long until 3rd to last rider, Matt Walker, took the hot seat. With Minnaar set to go off second to last, there was much nail biting talking place!

Greg was so narrowly edged out by Loic Bruni by a margin of 0.172 seconds! We cannot begin to imagine the emotions running through him while he sat on the hot seat watching Bruni come down with the narrowest of margins at all the splits. One thing is for sure, the GOAT has still got it and he will be fired up for next year’s season!

Matt Walker was super consistent across the 4 races this season and that earned him the overall title. No race wins for him this season but 2021 is looking good for the 21 year old rider. Marine Cabirou was the woman’s overall winner for the 2020 season.

Here are some highlights from the racing this weekend.

That is indeed a wrap on a phenomenal weekend of racing.

Have a good one,