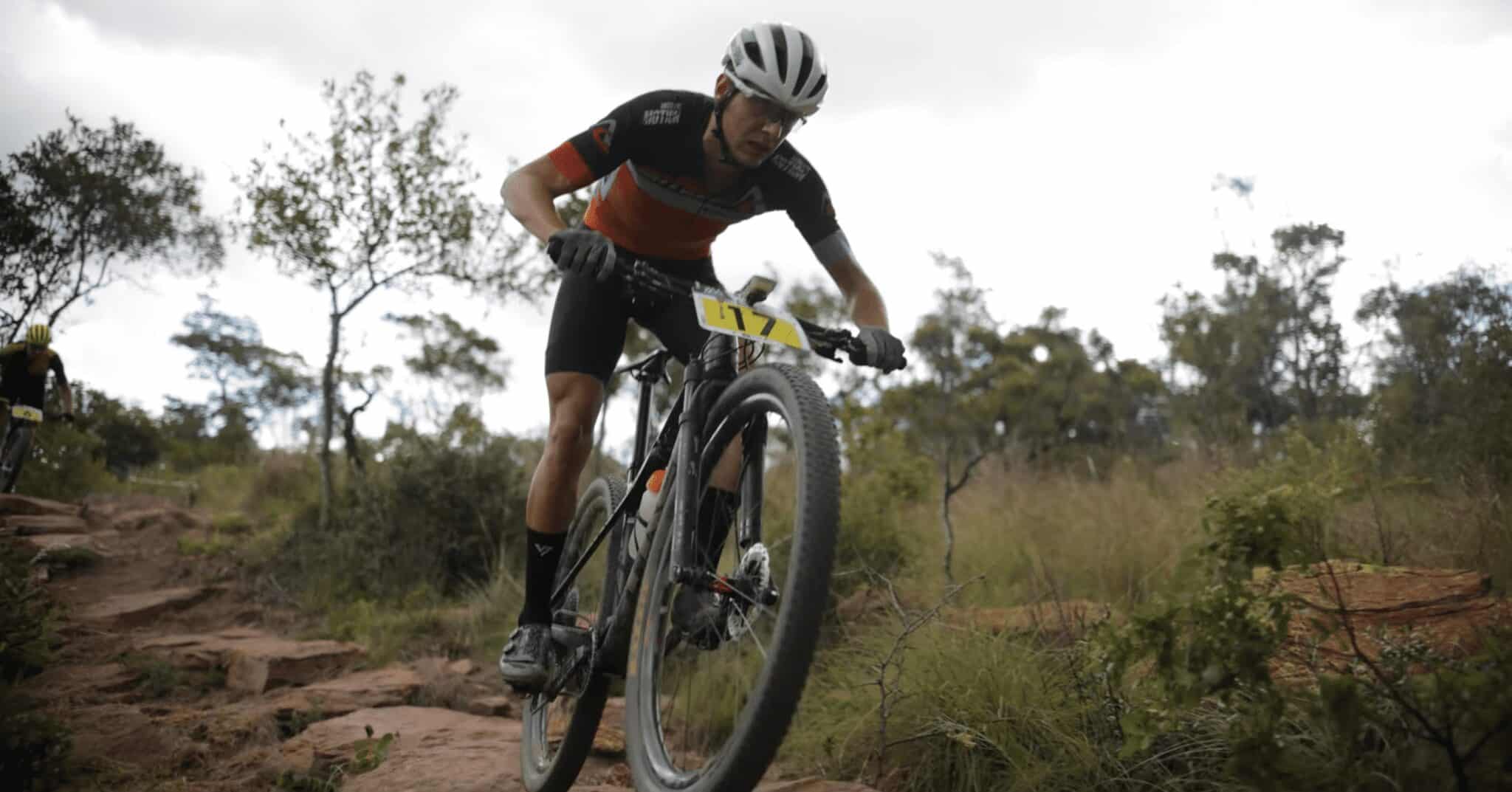 Time to take a look back at the past weekend!

Saturday the 6th of March 2021, Waterberg, Limpopo. The South African XCO Cup presented by Insect Science Mountain Biking had riders in the hurtlocker! Battles were won and lost on relentless climbs where even some of the best were forced to get off the bike. WILD AIR was on the ground to handle the event media and race reporting, what an event it would be!

The stunning Waterberg area played host to the day of XCO racing. Summerplace Farmstay offered luscious bushveld surrounds as well as uniquely challenging trails that put riders to the test! The 5.2km lap gained 131m of elevation. The fastest laps were set by Alan Hatherly at just under 13 minutes. That should put the difficulty of the track in perspective!

Check out the Race Highlights video and read about the action below!

Top riders from around the country took up their positions on the start line to stamp their mark at the first National XCO Cup of the season. The Elite Women and Junior Women set off just after 9 am. The likes of Cherie Redecker, Candice Lill and Zandri Strydom were set to battle head to head. Zandri took off out the gates but it was within minutes that she had her first mechanical failure of the day. Candice Lill then took the lead with Cherie in tow. Not long after that Candice punctured her front wheel and needed a stop at the Tech Zone. The race was wide open! All the while, Danielle Strydom of team Insect Science was steadily ticking away the kilometres!

At the end of lap 1, Cherie Redecker was leading with Danielle in 2nd, Candice in 3rd and Zandri in 4th. Candice worked hard and was just behind Cherie on lap 3 and now ahead of the rest of the pack. At some point on lap 4, Cherie tragically crashed. She had broke her collarbone and was out of the race! (We have spoken with her and she is doing well. Looking forward to beginning her recovery post operation.)

Now with a healthy lead over Danielle in 2nd, Candice rode a smooth and safe race to the finish line to take the Women’s win! Zandri Strydom also exited the race but her problems were of a mechanical kind. Rounding off the podium would be Karla Stumpf! The track showed its capacity to hurt riders and their bikes in the Elite Women’s race. See the top 5 below.

At 13:30 pm a stacked field of hungry junior boys took up their positions on the start line with UCI points firmly in mind. Out the blocks the pace of the racing was turned up to 11!

It wouldn’t be until lap 2 that the front group would start to break up. Ian Els and Aidan Penfold held a 15 second lead over Kai Von During, Ruan Jansen Van Vuuren and Luca Ruwiel.

Els would soon drop off the front as Kai took his place alongside a dominating Aidan Penfold. Luca Ruwiel had dropped back to 6th but was slowly reeling in the leaders with each passing lap.

When it came to the final lap it was Penfold, Von During, Ruwiel and Jansen Van Vuuren who were battling for the win. 4 of them rounded the final corner and lay down all they had in a sprint for the line. The final standings can be seen below! Immense talent is currently sitting in the Junior category and we hope these guys will continue to drive hard into the Elite field!

The final race of the day would be the Elite Men. All eyes were on the start line at 3pm as top riders from around the country sized up their opponents. Alan Hatherly was an obvious favourite for the win in his new Cannondale Factory Racing colours, but what kind of battle would we see unfold?

Similar to the Juniors, the first lap of the race was wheel to wheel racing! Hatherly, Phil Buys and Arno Du Toit broke away into Lap 2 and soon after leaving the rest of the field, Hatherly left Buys and Du Toit! The World Cup weapon was flexing his legs and there was nothing that could be done about that. Phil also started working a lead on Arno but a flat rear tire and a stop at the Tech Zone would soon see him behind and chasing the Insect Science rider to regain second place. Phil proved to be the stronger of the 2 in the end and claimed the second place on the podium behind the dominant Alan Hatherly. Arno Du Toit rode home in 3rd with a comfortable margin to 4th. See the top 5 results below.

If you’d like to see some of the racing action as it was happening, hit the links below!

A fantastic day of racing! The riders put on a brilliant show of power and grit. The track challenged all of them to the limit as well as their machines! XCO racing is no walk in the park and it is great to see so many rider (over 170 at this event) taking on the challenge.

That’s a wrap for this weekend! Now go hit some XC Laps!