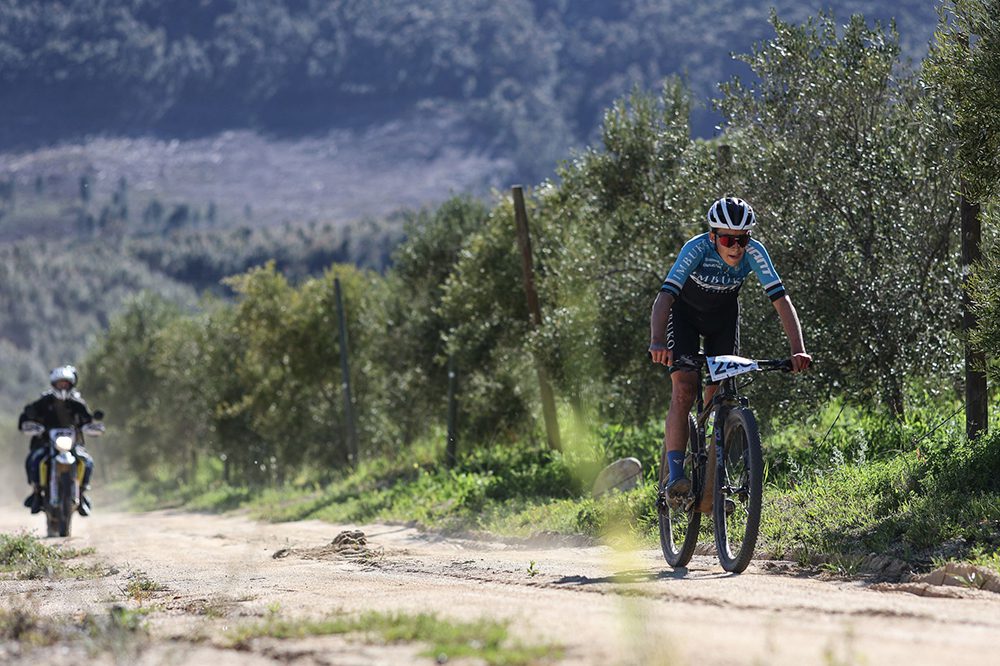 The dust has settled around the 2021 Imbuko Big 5 MTB Challenge and we have some reflections to share on the event that pushed a few of the best riders in the country to their limits.

Catch the podcast we recorded discussing this year’s event above or read the article below.

If you’re not familiar with the Imbuko Big 5, it is a 1 day solo marathon event that takes place just outside Wellington (about an hour from Cape Town). The event is designed to test riders on a ‘European standard’ of physicality, climbing 3020m in its 75km duration, as well as being a pre-Cape Epic measuring stick (as it forms part of the gruelling 8 day route). The 3020m of elevation gain is done over 5 big climbs, as you might imagine given the name. Starting and finishing at Imbuko Wines, the setting and facilities are superb!

The riders commented on the route being well designed and clearly marked which isn’t always a given at local races. It is made up of a good mix of single track and forest roads, testing both the strength and skill of the riders to a high level.

Being out there broadcasting the event we got to see the whole route first hand and what a course it is! The scale of the mountains adds grandeur and a hint of fear to the experience. The first climb, Hawekwa, is at the biggest uninterrupted ascent of the day and puts riders onto a new single track descent built for the event. Given that statistic though, I wouldn’t say it is the toughest challenge as the 3rd climb up Obiekwa is monumental in scale and with some single track sections and rough surfaces, it becomes a tougher physical challenge. To boot, the full monty descent back down through the forest is glorious. That 3rd climb and descent would be the best part of the route in my books but that doesn’t take away from the other 4 incredible spikes in the route profile! Giving the scale and technicality of the route, there is weight behind the statement that the event tests rider to and international standard of difficulty.

The Imbuko Big 5 as an event has been well executed and has immense potential as a proving ground for our top pro riders ahead of the Cape Epic and European racing seasons. As such, we can see this becoming a pinnacle 1 day marathon event in South Africa. Have a look at the replay from our live broadcast of the event here for the men’s and women’s races.

Given the immense potential of this event, it was unfortunate that not all our top pro riders from across the country were able to throw their hat in the ring. While there were certainly some big names present such as Matt Beers, Candice Lill, Amy McDougall, the Imbuko Giant team of course, as well as a good few others, there were a handful of top riders who have been there to race in the past but were unable to attend this year. This was unfortunately due to clashing events resulting from the cramped racing season following the loosening of event regulations. We really look forward to seeing more of the pro riders with this event in their calendar next year which will elevate the racing to an even higher level! In 2022 the Imbuko Big 5 will be taking place in February ahead of the Absa Cape Epic (March 20-27) and as we have said, it stands as a great opportunity for riders to test themselves and their opponents ahead of the 8 day Epic. We’re expecting fireworks!

This year it was Matt Beers and Candice Lill who unsurprisingly came out on top! Candice fresh off of a good chunk of time racing in Europe and Beers being on great form this season. It was a breakaway victory for both of them with 2nd place going to Amy McDougall and Tristan De Lange, and 3rd to Marco Joubert and Kim Le Court. Top 5 results below.

As the WILD AIR team, we were stoked to be part of the 2021 Imbuko Big 5 bringing you the live race broadcast and we are excited for the future of this event! We certainly see it becoming a renowned platform for the best riders across South Africa to test themselves and showcase their talent ahead of the big international races. Keep an ear out for our podcast HERE when it is released and we’ll see you at the races!