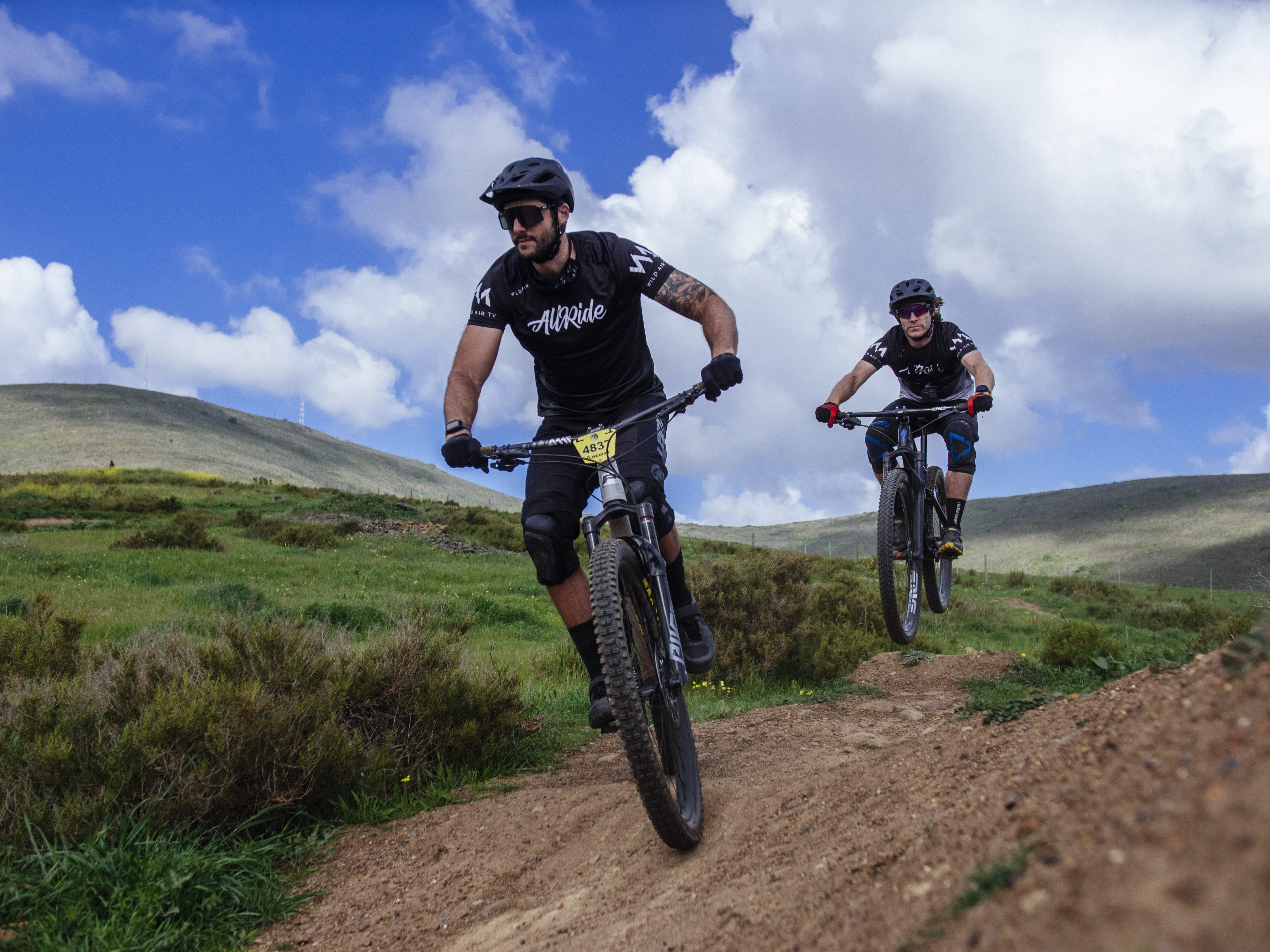 The ALL RIDE crew got out to Contermanskloof for a good ol’ rip on the Black Rhino trail and to cap off another season of the show! Season 2 of ALL RIDE has come and gone and we’ve had some incredible experiences! We got to ride some sweet bikes, visit some great places, and meet rad people! We have also seen J-Dogg and Nic Lamond join the show as full time presenting crew. All in all, we now have Nic waffling on and on about exceedingly technical bike things, Douggie B generally working hard behind the scenes (occasionally coming up for air), and J-Dogg talking quite a lot and rocking a rather questionable hairstyle.

Finally, we managed to get the three of us all together in the same episode to go and hit some trails! It was Nic’s first time on the Black Rhino trail. He assured us it would be no problem and proclaimed himself the “king of blind”. We may have been slightly skeptical. To top it off, he had rocked up with his 100mm marathon bike and no dropper post. A bit under-gunned perhaps? To his credit, he made it work. Well done Nic.

Nic arriving with his marathon bike and skinny tires did spark some interesting conversation. How much bike do you need to ride these trails? Nic got down the Black Rhino quite alright in the end. The trail itself is described as an “enduro line”. It has a mix of tight bermed corners, messy rock gardens, and then some faster open corners towards the bottom with a few jumps here and there. Nic did drop his saddle down in order to increase his mobility on the bike for the corners and the rock gardens but he reckoned the most significant feature holding him back was the tires. 2.25-inch tires with a low profile tread were apparently not the tool for the job. Your tire choice, as we have mentioned before, can have a significant impact on your bike’s performance. Nic found that he was lacking in traction and stability with the smaller tires and that was actually holding him back more than the short travel. Goes to show that it is less important about what you ride but more about how you ride it. There are of course advantages to different bike designs for each purpose and Nic would have been faster and more comfortable on a trail bike but a modern marathon bike shouldn’t be holding you back too much from pushing your skills a bit on some technical riding. We would always recommend a dropper post and some decent trail tires though!

The three of us got in a few good laps on the trails which is reasonably easy to repeat. It involved a 5 – 10 minute climb up the jeep track next to the trail of which the last 100m is quite steep and rocky. There’s no shame in walking it like Doug did. Well maybe a little… Doug blamed it on the coffee he had before. Anyway.

The top of the trail is the steepest but even then it’s not particularly steep. It has got the tightest corners on the trail and they’re well built. Set up for them wide and try to get off the brakes once you’re in the corner! After the first few corners the track straightens out and you can expect some techy rock gardens. The rocks aren’t very big but they are quite aggressive so manage your entry speed to avoid punctures. Once we had a few laps in and got the lines figured out we found we could carry better speed knowing where to put the tires. Towards the bottom of the trail are a set of fun pallet jumps which Nic took a little bit of convincing to hit! They’re not too big but you do want to be carrying speed into them to avoid coming short. They aren’t as intimidating as they look, so if you think you’ve got them, send it!

Overall, Black Rhino is such a rad trail to go for a few laps on, to get a variety of features and terrain dialled and to progress your skills. It will very soon have a new upper section built which we are itching to go ride! The end of the trail flows into the Happy Hops trail which is a pleasant flow trail with a few small jumps.

To get to the Black Rhino trails it’s an easy pedal from the parking lot at Contermanskloof and once you’re done with your ride there, The Dairy Shed has some delicious food and drink for you to enjoy including the new Stark Breweries beer!

We all had a good time and some laughs out there. We’re stoked to wrap up a great season with a banger trail ride! We will be back soon with season 3 of ALL RIDE in early October so hang tight! Until then, we’ll still be firing on Instagram, bringing you weekly podcasts and more content on our website! Keep it rubber side down!