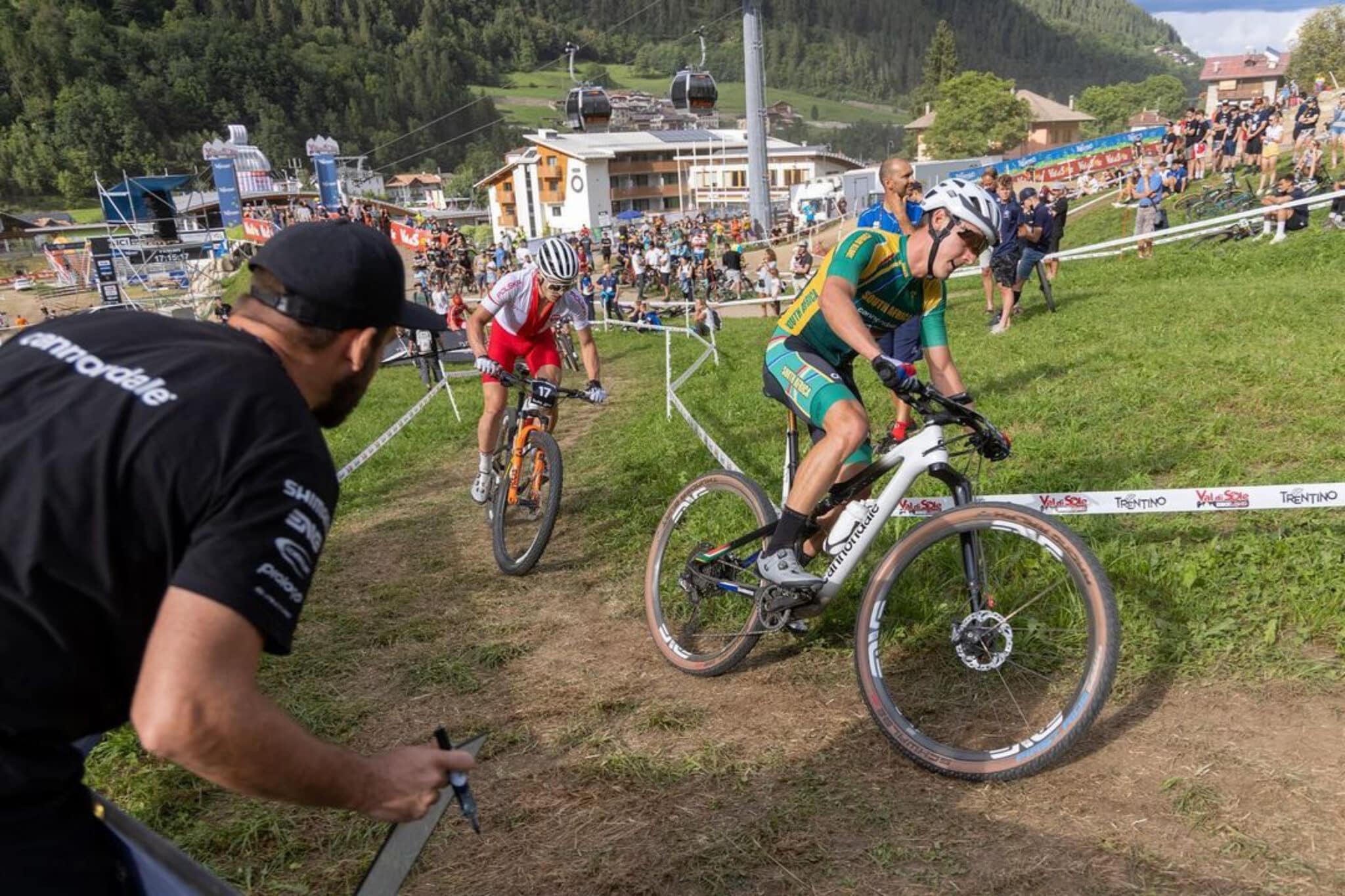 It is World Champs week and the renowned slopes of Val Di Sole in Italy are the location where the best mountain bikers from around the world will challenge each other for the coveted rainbow stripes, including short track for the first time in history where Alan Hatherly has qualified with the fastest time in the heats! Here is all you need to know about where to watch, who to watch and when to watch!

WHERE AND WHEN TO WATCH

UCI MTB World Cup event are typically streamed by Red Bull TV but SuperSport has the license for World Champs and so that is where the live action will be broadcast. Alternatively, you can follow the live timing here.

We have the following South African riders competing (info from CSA website):

THE LOCATION AND THE RACES

The last XCO to take place in Val Di Sole was in 2019. Here is a look at the course from that event! Expect a couple changes for 2021 World Champs.

Alan Hatherly has gone from strength to strength in 2021 and just posted the fastest time in the short track. A lot of the XCO favourites have decided to sit out the short track event but Alan is racing in both. In our podcast with Alan he came across positive and confident in his ability to reach the top and there is not better occasion to deliver than World Champs!

The Downhill Track in Val Di Sole is notorious! Relentlessly technical and steep. The downhill qualifications are taking place on Friday morning so we will know after that who is making sense of the track this year. Here is a look at what the Val Di Sole downhill is all about.

Greg Minnaar is having a strong season, claiming 4th place at the last World Cup Round in Maribor. He has the mental game to keep it together in the high pressure World Champs environment but hasn’t seen a podium since getting a silver medal in 2015. Can he pull one out the bag on Sunday afternoon? Our bet is yes!

Stay tuned to the @wildairsports instagram channel for updates throughout the week!