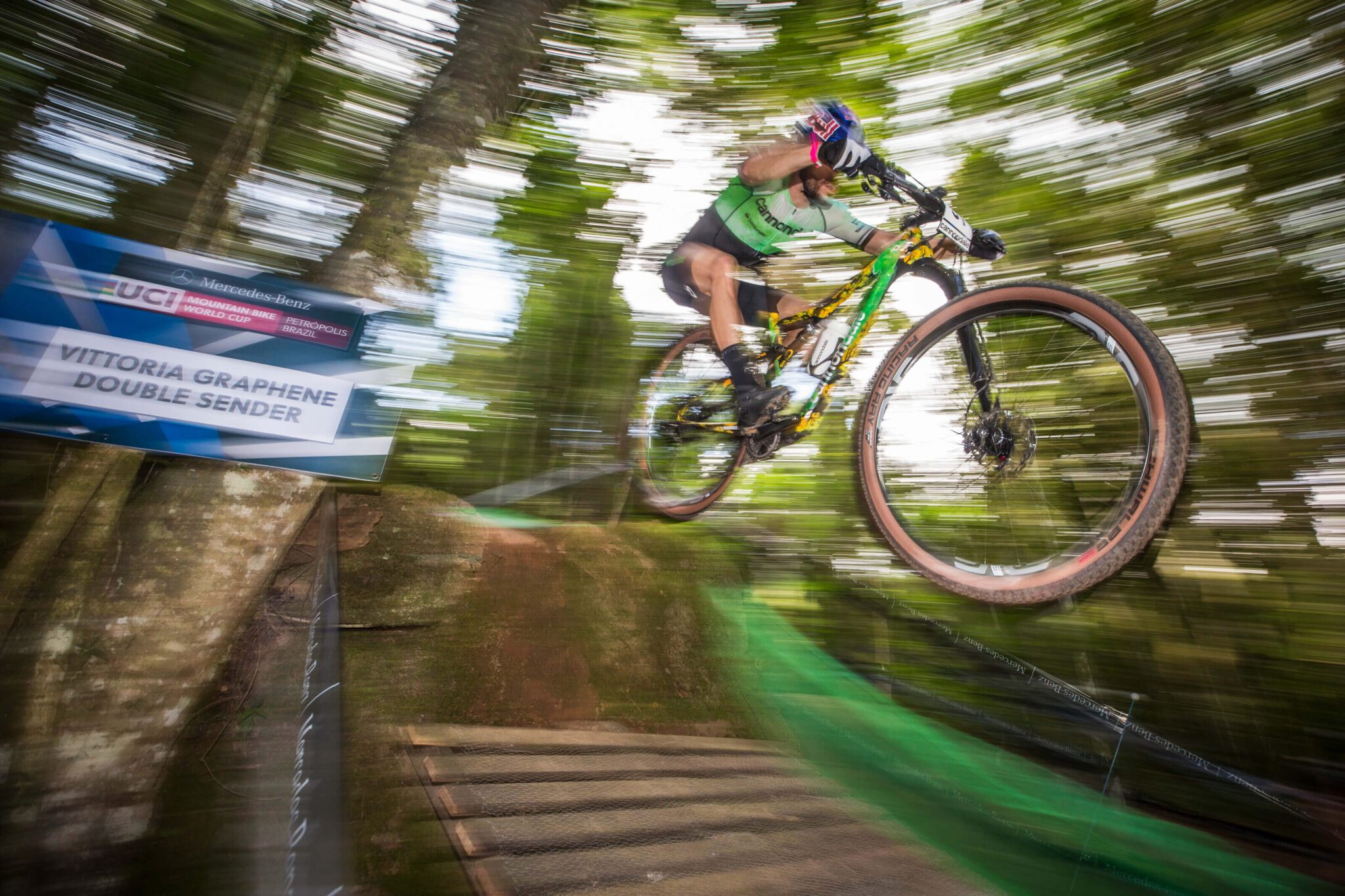 We have had the Downhill season opener in Lourdes but now it’s time for the 2022 UCI XC World Cup Season to get underway and Petrópolis in Brazil is a first time location set to kick things off with a bang! Rainforest scenes, surrounded by the beautiful mountains of Rio De Janeiro, and racing in Henrique Avancini’s hometown. There is certainly magic in the air for this event!

The XC World Cup visited Brazil once before in 2005 (at a different location) and this will be the country’s second appearance on the circuit. Avancini has become a mountain biking icon in Brazil over the last decade and thus the sport has grown immeasurably since the World Cup last dropped by 17 years ago. The atmosphere will be electric and the racing as good as ever so let’s get into the details.

The track being raced is called the Henrique Avancini Circuit and was built by Henrique and his father. Talk about a home ground advantage! On the stats front it boasts a 4.5km long lap with roughly 200m of elevation gain. That could hurt..

The dirt looks to be fast rolling in the dry but with over 10mm of rain predicted over the weekend, Sunday’s XCO could become a slippery affair. A lot of woodwork on the track might be cause for some mishaps. Our minds cast back to the shocking weather conditions of Les Gets in 2021 where Flückiger dominated (and Hatherly placed 4th). One thing is for sure, the season opener is getting us excited and looks to deliver some spice!

This race has Henrique Avancini written all over it. The course is literally named after him. Petrópolis is his hometown (70km north of Rio De Janeiro city). It is where he trained in lockdown 2020 and he’s been on a good run of World Cup victories in recent years, with 5 to his name now and a silver medal in the XCC at World Champs last year. Red Bull have a brilliant article on their website that walks you through his racing career and one thing is for certain, this man pours his heart and soul into the sport and has earned every victory through relentless determination. He brings incredible emotion to the race track and will be riding his heart out this weekend.

But let’s not forget the other green and gold. We are South Africans after all and we have an immensely talented and hard working Alan Hatherly to cheer for this weekend. We caught up with Alan before he left for Brazil and he is buzzing with confidence for the season ahead and already has a race victory from a well attended XCO in Chelva a few weeks back to confirm the form. He went well in tough conditions at Les Gets last year and if the temps stay in the 20s he’ll be potent without a doubt!

Martin Vidaurre Krossman won the warm up race last weekend so will no doubt be one to watch. Second to him was Vlad Dascalu. 7th overall last season and very consistent in his performances. 2021 XCC Short Track champion and recent Cape Epic graduate Chris Blevins was the last man to win a World Cup in 2021 and will look to carry that momentum into 2022 for sure! And of course there’s that Nino Schurter guy. 2021 XCO World Champ (his 9th) and a man with his sights set on Julien Absalon’s record of 33 World Cup wins (Schurter has 32).

The women’s field is packed with potential race winners at the moment so we’ll be in for a great show all round this weekend. Loana Lecomte, current World Cup Overall champion won the first 4 races of 2021. The big question is if she can start 2022 with the same intensity after fading off slightly towards the end of 2021.

Evie Richards, the XCO World Champ, is going from strength to strength since she entered the Elite field a couple years ago.Evie attended the recent warm up race in Brazil so will be acclimatised but it looks like her teammate is maybe the lady to beat. Jolanda Neff has an Olympic Gold medal to motivate her performance and has also been at the races in Brazil last weekend to prepare for the conditions.

Neff took the warm up race win over Laura Stigger, Evie Richards, Kate Courtney and Sina Frei (2021 XCC World Champ) by 6 minutes. Those are all names who could and have won World Cups themselves! Jolanda is looking dangerous in 2022!

This is the final year that Red Bull will be in charge of broadcast for the UCI World Cup before Discovery take over that duty but for now, you can watch live on Red Bull TV.