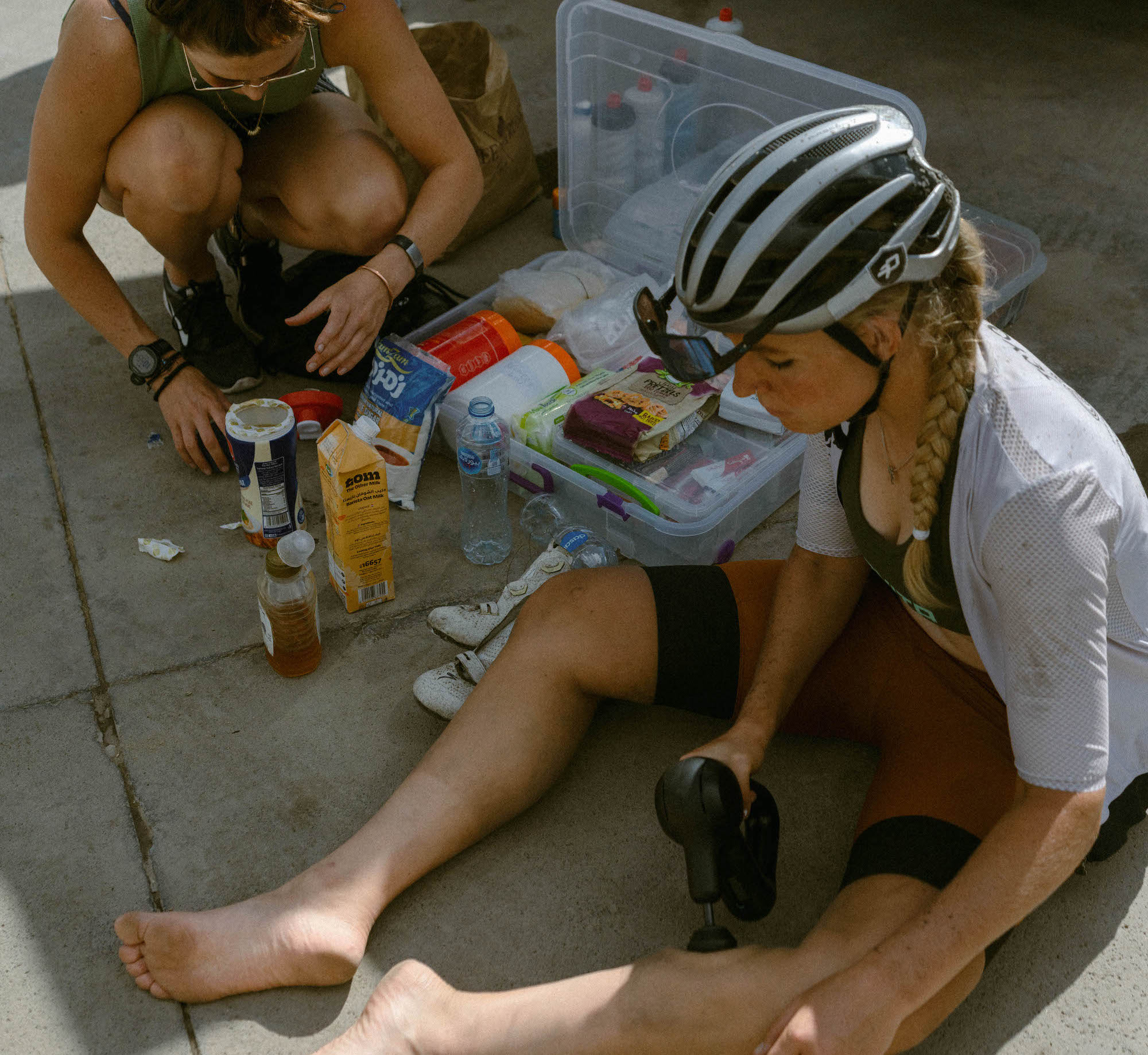 As you may have seen, the Adventure Gods decided to level up with the Cairo2CT adventure, throwing a medical emergency into the mix on Day 2. I returned to Cape Town to recover and undergo medical tests, with a goal of resuming the attempt in February 2023. Unfortunately, last Thursday, I ended up in hospital again with similar electrolyte issues, meaning a further delay of at least a few months while the medical team investigates. This has been the hardest time of my life, but also a perfect picture of the reality of sport and adventure.

On the 8th of November 2022 Tegan Phillips set out from Cairo in Egypt on her bicycle with the goal of riding through to Cape Town and setting an official Women’s Guinness World Record for this famed cycling route. To find out more about her preparations and ride plan, read this article here. On day 2 of the ride, things went south as Tegan developed heat stroke and her salt levels fell through the floor. Read on to find out more about what happened and what the plan is for the second attempt.

8 November: Leave Cairo by bike after several weeks of administrative delays in Egypt

9 November: Admitted to ICU with heat stroke and electrolyte imbalance

12 November: Released from hospital, with a plan to recover for a week in Egypt before continuing with the cycle

17 November: Strongly advised by medical experts to return home to investigate the cause of the illnesses, due to the severity of the symptoms not aligning with external factors on the day (ie. electrolyte intake and outside temperature not different from many similar previous rides) – underlying condition suspected

Late November: Arrive back in Cape Town, beginning medical investigations and preparations for a February departure

Early December: Thyroiditis identified as the underlying cause of medical issues

16 December: medical team strongly advises pushing the start date out by a few more months, until they are confident that all thyroid-related issues are understood and resolved.

Around midday of day two of the trip, I started to feel sick. In the evening, I got off my bike, in the middle of the Egyptian desert, with a core temperature that indicated heat stroke and life-threateningly low levels of electrolytes. Thanks to the quick thinking of Dr Tracy Sanders and the rest of the support crew, we were able to rush to a nearby police stop and stabilise my core temperature after two hours in a cool shower.

After this, I began to vomit, lose my speech and lose consciousness due to hyponatremia (low salt). We rushed to a hospital an hour away, and I had a seizure on the stretcher at the hospital doors. I was sent to the ICU and hooked up to various drips, but because of the damage already sustained, there was a real possibility of organ failure and/or brain damage.

For the next several hours, it was unclear whether I would survive. This was a terrifying and traumatic time for the team and my family at home, and I am so grateful for how well they supported each other, and for the support of the Egyptian authorities.

More than 24 hours after being admitted to hospital, I began to regain consciousness.

Medical tests have revealed that a virus attacked my thyroid shortly before setting off from Cairo, causing issues with my body temperature regulation (leading to heat stroke) and SIADH (causing electrolyte dilution).

I’d spent the past two years simulating the type of riding I would do on this trip, riding similar distances for similar durations in much hotter temperatures, without anything to indicate that something like this could happen. My nutrition and hydration on the day had not been noticeably different from usual, my heart rate had been consistently on target, and the weather was not especially hot.

We aren’t sure what the virus was or how I picked it up. It could have been covid-related or a reaction to the booster or just something random, but it seems like the thyroid inflammation is slowly going down and it will be possible to recover with rest and time.

Why not continue immediately?

After waking up in the hospital, my first question to the doctor was, “can I ride tomorrow?”. Tracy immediately consulted with a selection of international medical specialists to get advice about whether continuing within a few days would be possible.

To my absolute devastation, the professional consensus was that if we continued on the trip without a sufficient understanding of what happened and without adequately recovering, there would be a considerable risk of the same thing happening again further along the route in a country with inadequate medical facilities, which could be fatal.

I would never have agreed to this delay unless I genuinely believed that not doing so would be irresponsible and selfish, setting a bad example for other athletes and exposing my team to the possibility of another traumatic emergency.

I have been working closely with the experts at the Sport Science Institute of South Africa (SSISA) to try to get back to training as quickly and safely as possible.

Until last week, the outlook for a February start date was positive, but when I ended up in hospital with similar electrolyte issues a second time, the medical team informed me that beginning in February will be too dangerous, and a more realistic start date would be after a few months of tests and simulations. Since receiving this news, I’ve spent a lot of time crying and and a lot of time adjusting my mindset to be excited for a future start date – drawing on every possible ounce of perseverance, endurance and patience with the Adventure Gods.

At this point, we are not sure when we can commence with the second attempt but we should have a much better idea in the weeks to come. We have left most of our equipment, including our beautiful Toyota support vehicles, safely on the route, so the next part of the adventure will be figuring out a fun way to get some of the borrowed equipment back to SA (adventure road trip, anyone?).

In the meantime keep an eye on @teganphillipscomics and @wildairbike for updates on the recovery and second attempt!

We appreciate everyone who has followed along, supported and encouraged us on our adventure and we are working hard to make this vision a reality for everyone to celebrate and enjoy!
The End.