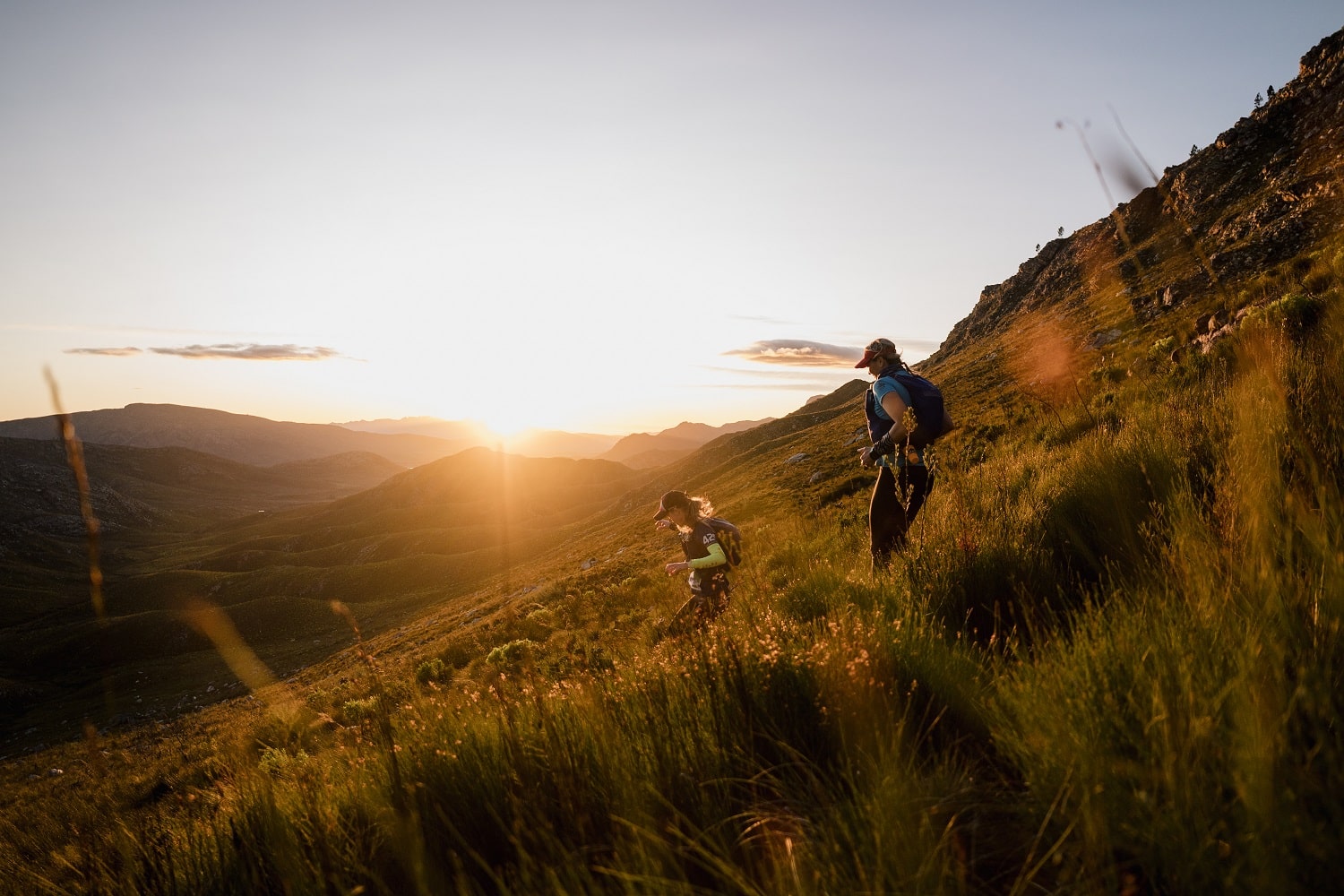 A first for an African trail running event. The George MUT (Mountain Ultra Trail) has joined the UTMB World Series for 2023, setting the bar for South African Trail Races.

This is phenomenal news for South African trail running. To have a UTMB qualifier race on home soil could be game changer for many of our local athletes who have dreams of racing at the pinnacle of trail ultra-marathons. George has long been renowned for its incredible Outeniqua Mountain range that has several peaks over 1000masl just a couple kilometres from the Indian Ocean. The MUT has been running since 2018, attracting avid trail runners from around the country. Now it’s likely to draw a number of international competitors looking to enjoy an exquisite destination trail running event in a friendly Western Cape town!

By joining the UTMB World Series the George MUT has set the bar for South African trail running events and elevated the local scene, giving our local athletes a prime opportunity to compete for a UTMB qualification. It excites us to think how many new trail running careers could be launched off of this platform. There would have been a ton of work going on behind the scenes to make this a reality and the payoff is here. On the 27th of May 2023 the George MUT will host Africa’s first ever UTMB qualifier. Well done team.

“We are excited to be joining the biggest World Series in trail running and to be the first event on the African continent to form part of the UTMB World Series. It is a dream come true for our event and we are hard at work for the MUT by UTMB to live up to the expectations of a premiere event.” said race director and founder, Zane Schmahl. We reached out to Zane to find out more about his expectations of the exciting future of the event!

WA: What about the MUT do you think positions it perfectly to be part of the UTMB series? What makes this race unique in the South African trail running scene?
Zane: We have proper mountain running here, on the edge of a city. I don’t think there is another place in SA where you can walk out of a Coffee shop and start your Vertical Kilometer ascent to a Peak. While you are close to civilisation you still get true remote wilderness running on the longer distances. Our Races travers mountain terrain and lush indigenous forest with spectacular panorama views.

WA: What changes can we expect at MUT now that it is part of the UTMB Series, aside from the date change and the opportunity to qualify for UTMB events? Anything that you can or can’t say?
Zane: The biggest change is the illusive 100 mile distance Race being added to the line up. We have been working on the route concept and have some surprises in store for 100 miles.

WA: Are you expecting to attract a larger group of international participants at MUT looking to do a destination trail race?
Zane: I believe we have everything to offer international athletes. Travel will be made easy with the George Airport, we have warm oceans and great activities along the Garden Route of South Africa. So yes I think our race will appeal to the international field of athletes.

WA: How long has this partnership been in the pipeline for and how do you see the event evolving in the future?
Zane: We have been working on this for quite some time. I don’t think most people know what it takes to put something like this together, but we are stoked to have reached this point. Our plan is for our trail running community to be proud of their event in the Outeniquas and for it to be a premiere event in the country, showcasing some of the best trails in SA to the world.

For the first time ever, the UTMB® World Series will head to Africa in 2023, with the confirmation that Mountain Ultra-Trail (MUT) by UTMB will join the circuit. Staged in the Outeniqua Mountains, which tower over the Garden Route city of George, the event will be celebrating its fifth edition next year. In addition to joining the UTMB® World Series it will also be adding a 100-Miler distance to its race options, which already include 100-, 60-, 42-, 25- and 10-kilometre trail runs.

In 2023 the global UTMB® World Series will boast 30 events, across Europe, the Americas, Oceania, and Asia with the MUT by UTMB representing the sole African event on the calendar. As such it provides South Africans with a superb local opportunity to qualify for the UTMB® World Series Finals, which take place in France 28 August to 3 September.

“The George trail running community has been instrumental in building the event to the point where it is today,” Schmahl says. “It is testimony to their passion that the race has been elevated to the UTMB World Series level. While it is becoming a truly international event, the MUT by UTMB will always retain its South African soul, providing small town hospitality and uniquely local touches to all aspects of the races. We will also continue to work towards attracting the country’s top trail runners and providing them with the platform from which to launch their international seasons. Which is part of the reason for a shift to an earlier date on the calendar, in order to ensure that South African runners can take part in MUT by UTMB before heading over to Europe for the busy June/July period before the UTMB World Series Final in late August.”

Entries to the 2023 edition open on 16 November 2022. Would-be 100-Miler entrants will be excited to note that the route for the 160-kilometre distance has already been plotted. It will feature 7 500 metres of climbing, nine aid stations and a 48 hour cut-off. The expected average time for the new distance is predicted to be around 36 hours. In order to ensure that most finishers reach the Witfontein Forest Station race village amongst the bustle of the 100-kilometre race finishers the newly added longest distance will start at 14:00 on Friday, 26 May.

For more information on the event, and to secure an entry from the 16th of November onwards, visit www.georgemut.run. Insights into the race distances and the terrain they cover as well as inspiration to enter can be found on the event’s social media handles, @georgemountainultratrail on Instagram and George Mountain Ultra-Trail on Facebook.

For the full calendar visit www.utmb.world. 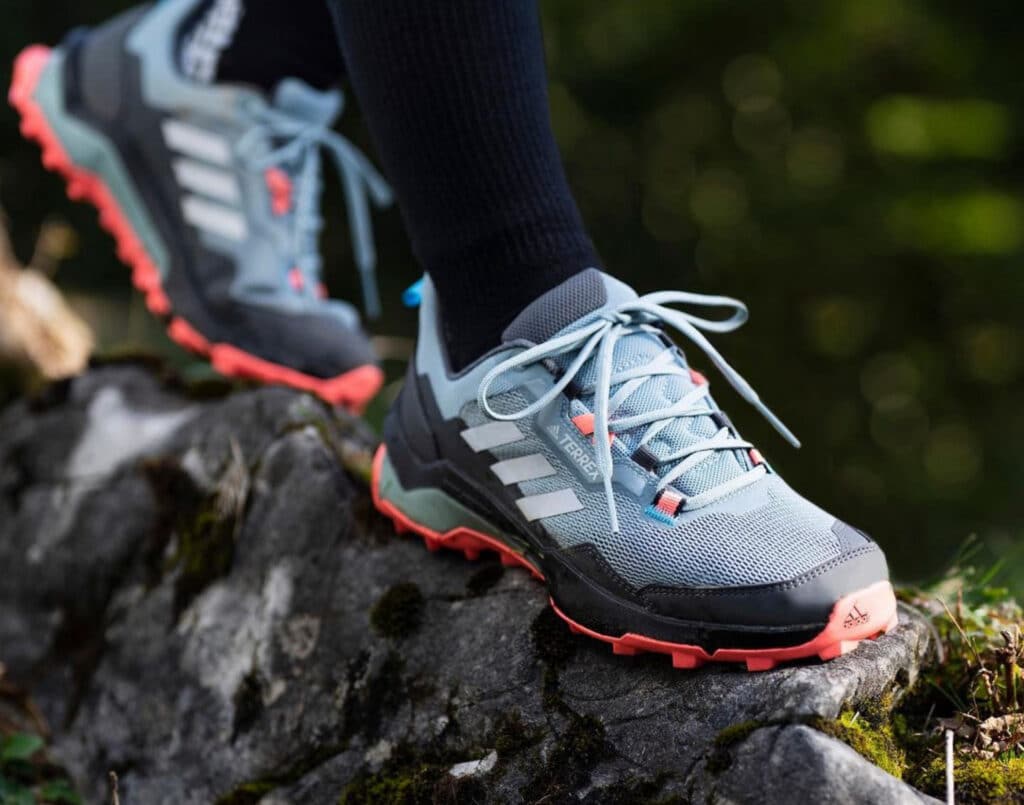 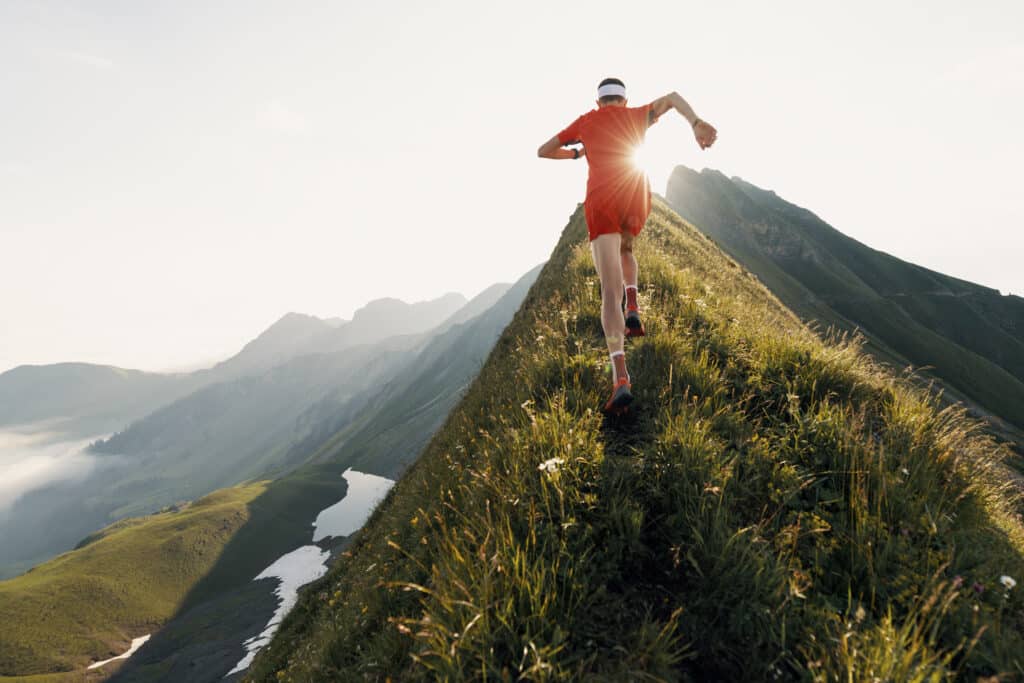 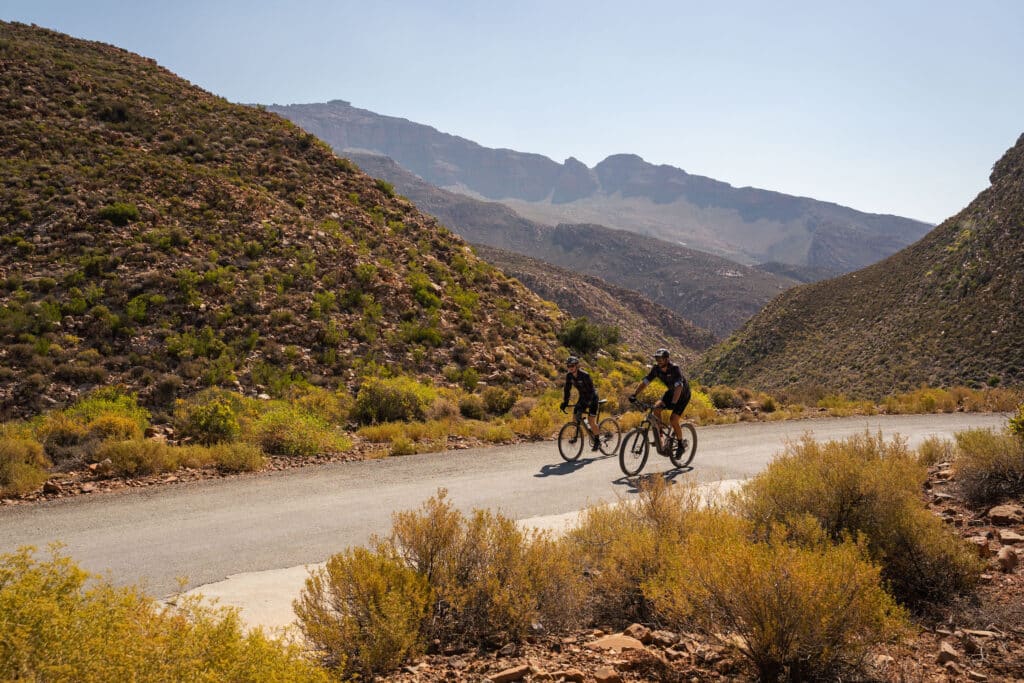 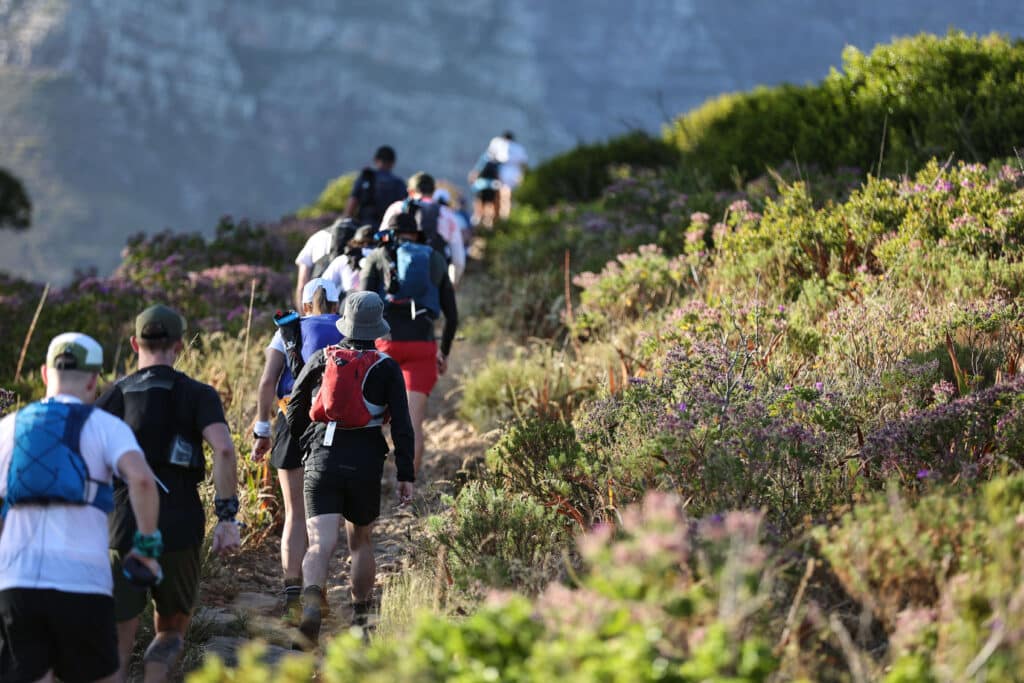 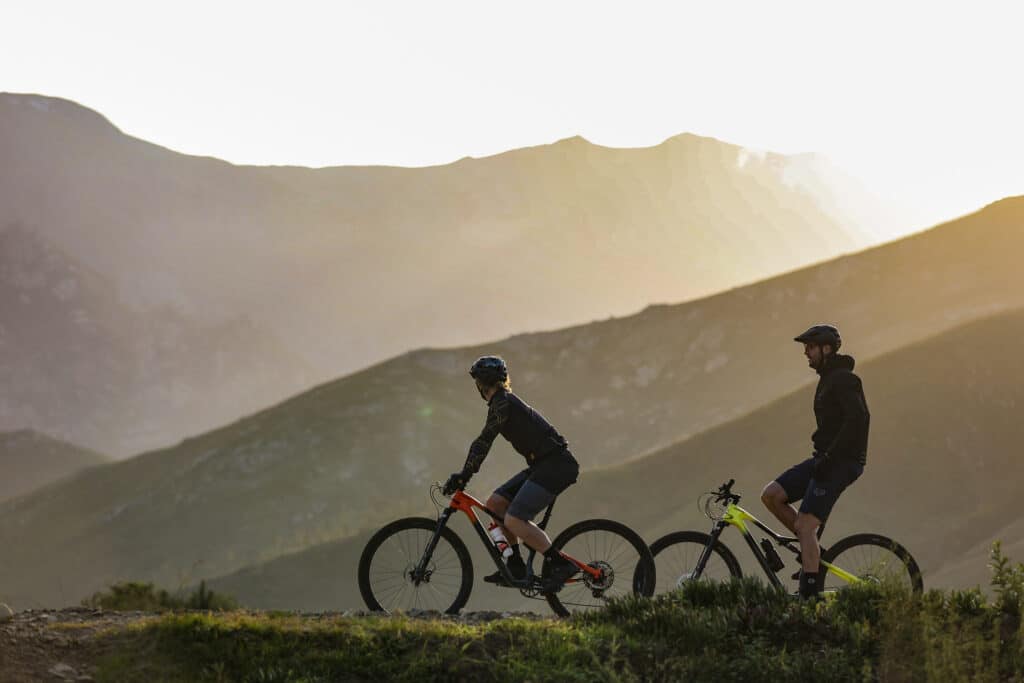 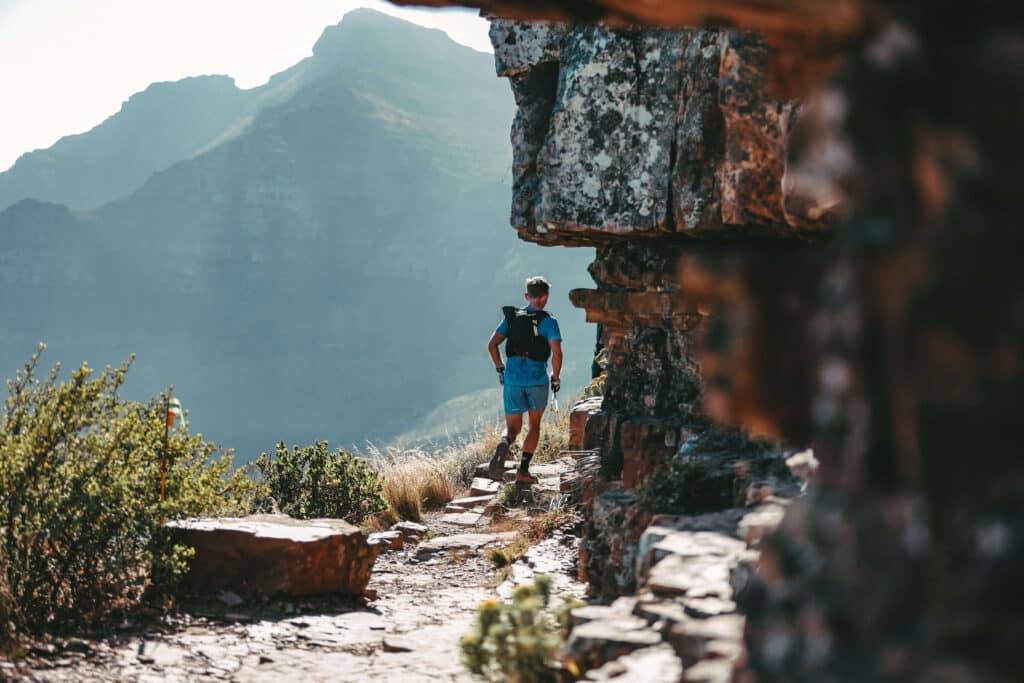