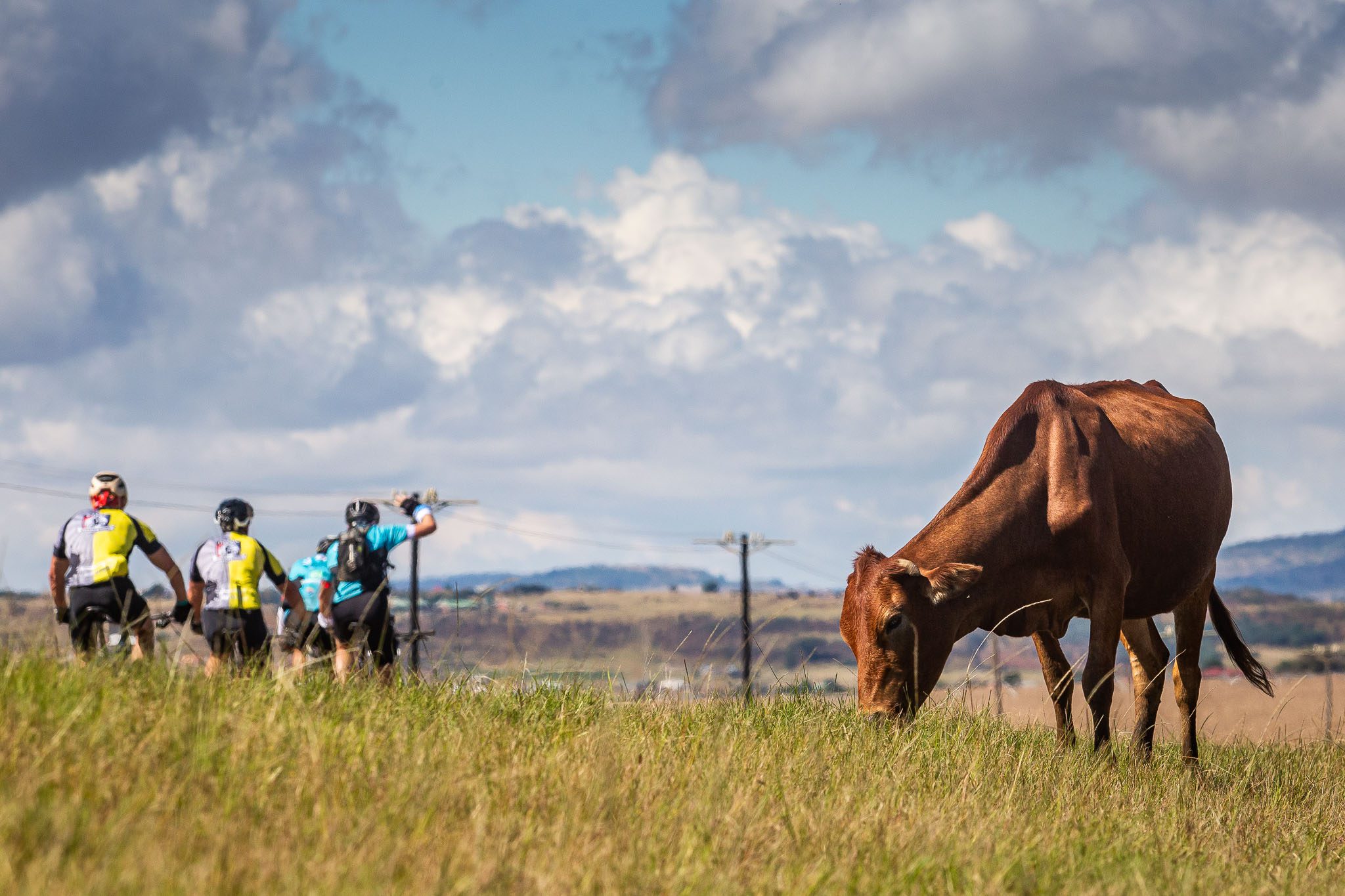 As the wind roared off Sterkfontein Dam and the rain from Siberia lashed down on the dining marquee, the joberg2c organisers announced that the normally feisty, trail-heavy day four would be a neutral day on tar.

The response from the riders was a monstrous roar of approval, with the 800+ still mud-splattered field even after six showers further signaling their happiness with an appreciative round of applause. One of the organiser’s, Gary Green, called it what it is, when he said, “this is no longer a race, it’s an adventure, and we’re all in it together.”

This has been a joberg2c like no other, and we’re only four days in. Veterans of the previous 10 can’t recall a year when the mud has been the only talking point, while this correspondent has ticked off five that have all taken place in good-to-perfect weather.

Incredibly, almost the entire field completed the demanding day three mud fest, with the last rider crossing the line around 6pm as darkness fell over the Sterkfontein Dam race village.

Credit to the organisers; they noted quickly that the field was weary (and perhaps in some cases, weepy) and quickly decided on a neutral “rest day” for day four. But it was a rest day in name only, as the nature of joberg2c means vast distances need to be covered every day. There are no shortcuts here, no matter how much you close your eyes during your morning ablutions and hope for the best. Day four was still a decent 90km ride, albeit mostly on tar.

The logistics of rearranging a ride for 850 mountain bikers at a moment’s notice are too mind-boggling to comprehend, but joberg2c pulled it off in some style, alerting the field to all the necessary coffee shops on the route from Sterkfontein Dam to Emseni near Winterton. To further complicate matters, a huge hailstorm descended on the Emseni camp on Sunday night, destroying day four’s tents and terrain in equal measure. Just another curve ball for the events industry to bat away.

Riders took the changes in their stride though, stopping first after 20km at the Fat Chef on Oliviershoek Pass, then later at Ontspan Padstal at 40km.

This rider and celebrity cyclist Gerald de Kock were still hungry enough to stop in Bergville at the local Caltex and purchase two exquisite garage pies – spinach and feta for the great man, and classic steak for yours truly. The steak repeated for the next 30km, but it was all worth it just to write a paragraph in a story saying I stopped for a Caltex pie in the middle of a nine-day, 900km ride.

Fuelled by the mystery substance within the pie that makes the sauce congeal, Gerald and I raced home towards Spioenkop Dam and finally Emseni. There was one tremendous patch of mud, where a Constantia Village shopper had managed to sink her Prado, but other than that, it was dry to the end – possibly for the last time in the event. But then again, it’s an adventure.