Rising (And Falling) To The Challenge – Joberg2c Day 2 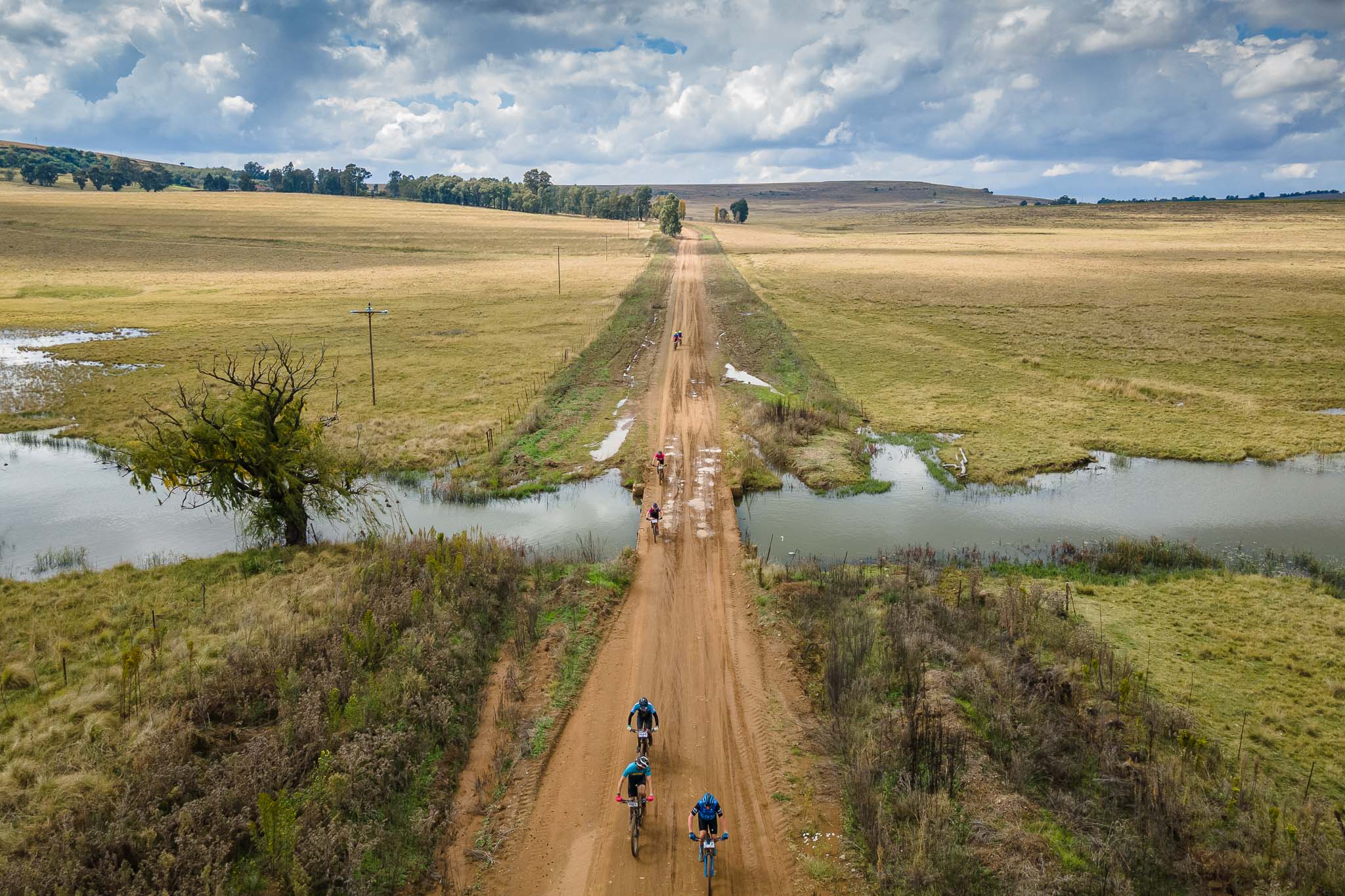 As with life throwing you challenges when you least expect it (no milk in the morning for your coffee, for example), mountain bike events also like to add unique tests of character even if they already start with the oversize challenge of riding 900km in nine days.

At joberg2c, the greatest challenge is not the time required to train, the distance of the event, the number of tender steaks they serve you over the course of nine days, the freshly made fudge that the nice farming communities insist you need to eat every time you are within earshot, or the 90 000 megatons (is that a lot, it sounds like a lot?) of mud that was specially made for day 2 of the 2022 event to test riders handling abilities.

No. At joberg2c the greatest challenge is trying to sleep at night when the rider in the tent next to you is participating in the World Snoring Championships, Solo Edition, 2022.

My tent neighbour last night (a community Whatsapp group has already been formed by nearby riders to locate the scoundrel) was snoring so vigorously that his wife back in Latvia was probably elbowing what would be his side because it’s almost certain she could hear him too. When she woke this morning she must have wondered where her Super Snorer was.

Every time I thought I was about to drift away, a fresh wave of zesty Zzzzzs would roar across from his (maybe her?) tent to mine. I could feel the roof of his tent rising and falling with every exhausting exhalation.

Air traffic over the Frankfort race village had to be redirected, such was the might of the tempestuous turbulence emerging from the tent behind me.

But these are the challenges that make conquering something like joberg2c satisfying and rewarding; plus the mystery snorer did me a favour by ensuring I was up in time to enjoy four helpings of eggs and bacon and two porridges before setting off on my 96km ride from Frankfort to Reitz.

Due to recent heavy rains, the route barely resembled its old self, with the organisers doing their best to get people around the extravagant puddles that dotted the roads.

As the first racing day at joberg2c, the ride is normally completed at a fair speed. But today was more about staying upright than setting the race alight (well, certainly for this individual).

There were slippery uphill slopes, descents like soap on a rope, and mud puddles so big and wide that in the middle of the mud puddles there were bigger mud puddles. If the Free State ever thinks about calling time on their mielie farming, they could always start farming mud. Someone with an Amazon account will surely pay for it.

These are the days that live on in the memory though. As you cross the line, a forlorn head shake tells the day’s story more than words.

Everyone is in it together though and the post-ride retelling of man and woman versus mud becomes more and more heroic as the day progresses.

Five minutes after your ride you’re a broken, beaten biker. But 40 minutes after, you’re a heroic slayer of slush with 86km of tall tales to tell at the next braai. After all, the whole reason for riding for nine days is to tell your friends how great you are at mountain biking.