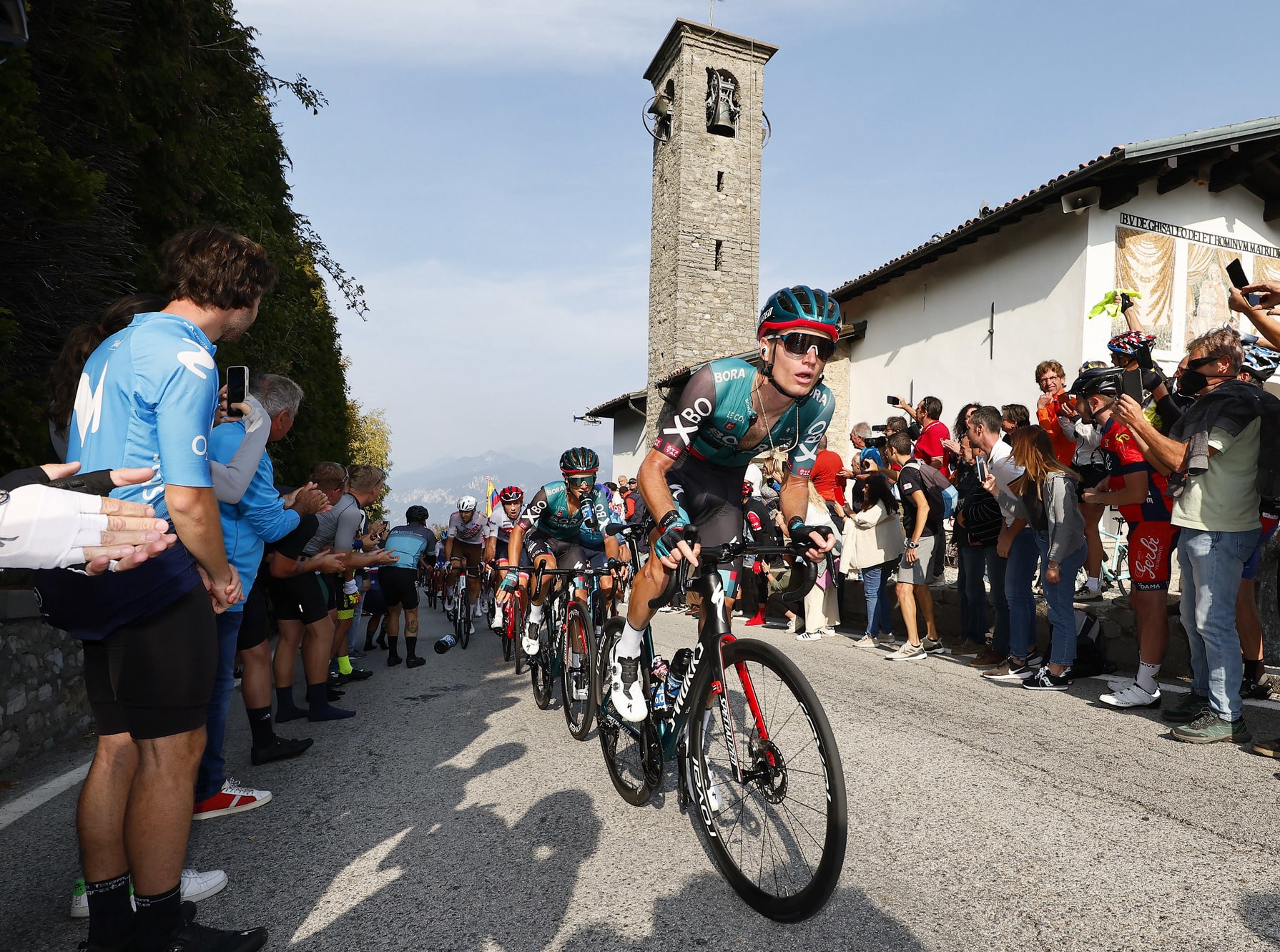 John Wakefield announced that he will be moving on from UAE Team Emirates for 2023. We talk to him about his future at Team BORA-hansgrohe.

John Wakefield has been working as the Head of Coaching and Performance Coordinator for the cycling World Tour team UAE Team Emirates for the past 4 years. He recently announced that he will be moving on from the team for 2023 so we reached out to him to find out how the last 4 years have been and what the future looks like for him at Team BORA-hansgrohe!

WA: John, it has been a great 4 years with UAE Team Emirates. What are some of the standout moments from the last 4 seasons for you?

John: There are so many that stand out so it’s hard to pinpoint 1 or 2 but looking back I suppose in 2020 during the Tour having Tadej message me at 11:30pm asking me how he can find more time or go faster during the TT the next day and having to analyse that and present it to him and some other facts to management was cool. Look, he rode the legs off that day so it’s all him but it was good to have those moments. I got to learn from and became close friends with Allan Peiper which was really incredible. He gave me shit constantly but I learnt so so much from him which I am grateful for. I suppose winning races with athletes you personally coach is also pretty rad but that’s not why I do this. Being on the team of that level is a highlight in itself.

WA: What would you say have been some of the most significant learnings for you in the time you spent with the team?

John: I learnt so much outside of my coaching / testing / biomechanics knowledge. I learnt the skillset of a Sporting Director, a lot of aerodynamics and Time trial information as well as a huge volume about altitude training.

WA: You’re now going to be joining Team BORA-hansgrohe as a performance coach. How did this move come about? Was it quite unexpected or an intentional move from your side?

John: Every move or change is intentional but I cannot say this was an intentional move from the get go. I have known the Head of Performance at BORA for some time and while social media is amazing, I finally met him face to face at the Tour in 2020 on the day we were leaving to go home from Paris. We always kept in touch and spoke every now and again. Sometimes performance related things, other times about our dogs that seem to rule each of our lives.

The opportunity was more of a right-time-right-place and while it took some time back and forth, as there were a few variables at play, the offer they made to me in terms of where the team is now and where they want to go in the next few years really appealed to me. Additionally to that it was always a team (with some others) that I watched intently in the Peloton.

WA: How might your role at Team BORA-hansgrohe differ from what you have been doing with UAE Team Emirates?

John: I hope a lot less than I was tasked with at UAE!! Haha. For now I am in the performance department as 1 of the 5 coaches. I do very little Sporting Director work – I think only 1 race as a DS next season but how the structure works is little different to UAE. We will get tasked with a particular umbrella of performance coaching (e.g. altitude camps) but these are as yet unconfirmed. I have put my hand up for 2 additional but will know about this I believe shortly.

WA: Team BORA-hansgrohe have a lot of potent sprinters in the ranks. What’s your take the spectrum of athletes in the team, where do their strengths lie and what do you think will be an important focus of their training in 2023?

John: They have just won the Giro and were 5th at the Tour so it’s not only a sprint team. BORA-hansgrohe are transitioning into a GC team with the strength of their spinners like Sam Bennet for example. The team overall is really strong and their depth goes really deep. In terms of where strengths lie, it’s all round from GC to sprints to classics. Their focus, like most teams, is to win races or place well. What I have seen so far is that their biggest strength lies in their team connection with each other, it’s really strong and this will most often produce results.

WA: Lennard Kämna is a young athlete and looks to be a weapon on the climbs. He has earned a few stage wins and podiums at races such Giro d’Italia over the last couple of seasons. Has he or any other individual within the team caught your attention in particular? Are there any athletes that you are particularly excited to work with?

John: There are a good few that have caught my attention, from Jai Hindley to Max Schachmann and everyone in-between. It’s the same as Team UAE, all the riders are world class, so you’re excited to work with all of them.. well I am! It’s like walking into a Bugatti dealership, you’re not going to say no to any of those cars even in pink with fluffy seats. I do however get to work 1-on-1 with a young Cian Uijtdebroeks which I am excited about.

WA: Thanks for you time John and good luck for the season ahead! When will be the first time that we can see the team in action for 2023?

John: Pleasure. The 1st action event will be Tour Down Under in the sprint stages.
Read our cycling training articles by John Wakefield here.