Josh “Goggins” Stevens is training for the UTCT 100 km ultra-trail in Cape Town with no prior ultra-running experience. This is his fifth training diary entry. Read the series here.

We are here, staring down the barrel of this bad boy. Months and months have gone into this, to get to this point. Not everything has gone to plan, it was never going to. So much has happened and so much has changed. Many kilometers run, some walked, fortunately none crawled (yet).

To recap, I began training for the UTCT 100 Miler in June of 2022 as an amateur runner and unemployed recent graduate. I had never run an Ultra before. Things were looking to be pretty on track with the training program I had found for free on the web. I was enjoying running my longest distances ever on the Table Mountain trail network and feeling strong when the inevitable happened.. I got a job, and of course it had to move me to Joburg. With that large spanner thrown in the works, add in an injury and a severe decline in weekly mileage and I was up shits creek burning my paddles to keep warm. Not a great place to be.

I made the call just before entries closed to switch my goal to the 100km, still a huge distance to run over but this seemed like a wise call given the circumstances (something that I spoke with Ryan Sandes about that you can read below), and now here we are at race week.

My foot is feeling good, the pain is all gone even though I feel like some of my anxiety is manifesting in random body pains that seem to pop up out of nowhere. But we are good. ITO training I do feel a little bit nowhere, I have been largely off from running in November trying to get the body all healed up for the big day (Healy I know you’re reading this and you didn’t back me to finish this thing but I just want to say good luck out there).

Emotionally I’m in a million places. Trying to get on top of things at work while also trying to make sure I am not forgetting any vital part of my pre-race prep. I am terrified because 100k feels so far, but in the same vein I have been prepping for 100-miles so it also feels incredibly manageable. I am, however, thrilled to be going back to Cape Town and to be able to run in one of my favorite places again soon.

My Biggest Concerns For The Weekend

Concerns, concerns everywhere but nothing insurmountable (I hope).

Shockingly enough my biggest concern for the weekend is not eating enough. I feel like I got on top of this during my last long run, but I will never cease to be a dumb bitch at a time when it matters most.

My other major concern is my body falling apart on me. I have done the work, but the longer I spend in Joburg the less I feel ready for this. Having a niggle coming in, along with said niggle keeping me off my feet have me chasing my tail a little bit. Idk, I think the long hours at my desk and one too many sweet Wednesday’s just have me overthinking this.

Alas the stage has been set, there’s not much more I can do at this point. So Imma double down on the positive, because it would be kinda fucking lame not to.

What I Am Most Excited About

It feels a bit surreal that I am going to be on the startline in just a few hours. Despite the large amount of anxiety, I am really looking forward to it!

I am looking forward to that final corner, the finish line. Seeing that everything I did, all the work I put in worked. All that suffering, passion and time spent annoying the world about my running amounted to something. Haha, if you can’t tell, I am putting a fair amount of pressure on myself (sorry Byron, I too thought we had worked through this). It is, however, not all about the finish line.

I am really excited for the vibe of the race, everything I have seen about previous races makes it look amazing. A shared communal love for being outside and running. Hundreds of people all having a single unique yet shared experience.

I am excited for the dark spaces that I will fall into and claw my way out of. The friends I’ll make along the way while having a laugh at the fucking absurdity of what we have all decided would be a fun idea.

This journey has been really cool and it has been epic to have you all along for the ride with me. But, one of the coolest things of the lot happened this week. I got the opportunity to have a chat with our very own global trail running legend, Ryan Sandes. He gave me some tips and insights into the race during a video call. I am incredibly grateful for the time he gave me. (Unfortunately the audio from the call failed to record so I don’t have any direct quotes from Ryan but have done my best to retain the essence of his widom)

I started out by seeking his reassurance that downgrading to the 100k was a wise decision, and I think rather unsurprisingly he very wisely stated that he thought it was the right thing to do. If you don’t have the training base you are just going to hurt yourself.

Ryan spoke about what he loves about UTCT, a celebration of the South African running community. With many internationals coming over to experience the technical Cape Town trails that can be unforgiving, where there are no free miles.

Interestingly, Ryan said that he felt that Suther Peak, rather than Platteklip, was the crux of the 100k route. It’s a brutal climb out of Llandudno, that is very exposed and unrelenting. I am expecting Rocket Road to claim some victims (hopefully I won’t be one of them).

He also very generously offered me some amazing advice; to break down the race into 10km sections, a run from aid station to aid station (or even from rock to rock when things get particularly dark). I must expect things to go wrong because they almost definitely will. And what makes a good ultra runner is not just a good athlete but someone who can catch a fat L and work it out. It is all about the mental.

Finally I asked about listening to your body. How much pain is an acceptable amount of pain. Ryan’s general rule of thumb is that if it hurts on both sides then you are probably ok. It is tough to make a call and even tougher to drop out of a race you have spent lots and lots of time working towards. Ultimately he drove home the fact that no race day (esp for an amateur like me who has time on my side) is worth long-term damage to your body. He spoke to his recent run around Lesotho (which was fucking madness) where he pushed through the pain and ended up with a stress fracture that severely impaired the rest of his season.

So the tldr (too long didn’t read) from one of the best to ever do it, don’t burn your matches before Suther peak, expect things to go wrong, break the race down into manageable chunks, and more than anything enjoy the time you have on the mountain.

Finally, I present to you my race day strat.

A nice early start, with things kicking off at 06:00, the first major obstacle is Platteklip about 20 km in and its all about maintenance from then on.

My goal with pacing is low and slow, with a focus on my heart rates during the climbs taking care to keep it below 170bpm, as anything more than that is just energy you will not recover. I have generally found that my trail marathon pace is around 6 hours, and this has translated well into both of my 60kms taking me around 9 hours to complete. I do expect my pacing to fall off a cliff in the final 40 km though. There is a very good chance that the final 35 km will take me about as long as the first 65.

But if things go perfectly (which by now we know they won’t) I will finish in about 15 hours (21:00), but a much more realistic estimate is an 18 hour run and a finish around midnight on Saturday.

Nutrition, Nutrition, Nutrition. I feel I have obtained somewhat of a grasp on this, despite my many failures. A strategy of “think about food, have a bite of something” served me well during my last long run and I intend to carry it on. Using some USN race gels every hour, to keep consistent along with a steady flow of water and Energade to lay the base. This in conjunction with a range of energy bars, jungle bars, naartjies and salty snacks should carry me through. Well that and a panini or two thrown in every 6 or so hours.

I have formed a crack squad to second me, and I will instruct them to force food down my throat if I am not eating regardless of the level of protest I meet them with.

It is all going to come down to the day. Doing my best to run my own race and keep conservative until Hout Bay, and if we’re feeling good at Alphen maybe start to try and whittle down the time.

Ultimately I need to remind myself this is not about the timing cards (obviously provided I don’t miss the 24 hour cut off). This is a celebration of a hard fought year, a celebration of the mountain and most importantly just about me doing what I love, getting a little bit caught up in the moment feeling like I am flying on some random mountain trail just absolutely frothing for the tiny bit of the human existence which I get to live.

There is nothing else left to be said, just a race to be run. Wish me luck. You can track my progress using this link and keep an eye out next week for the recap on wildairsports.com. 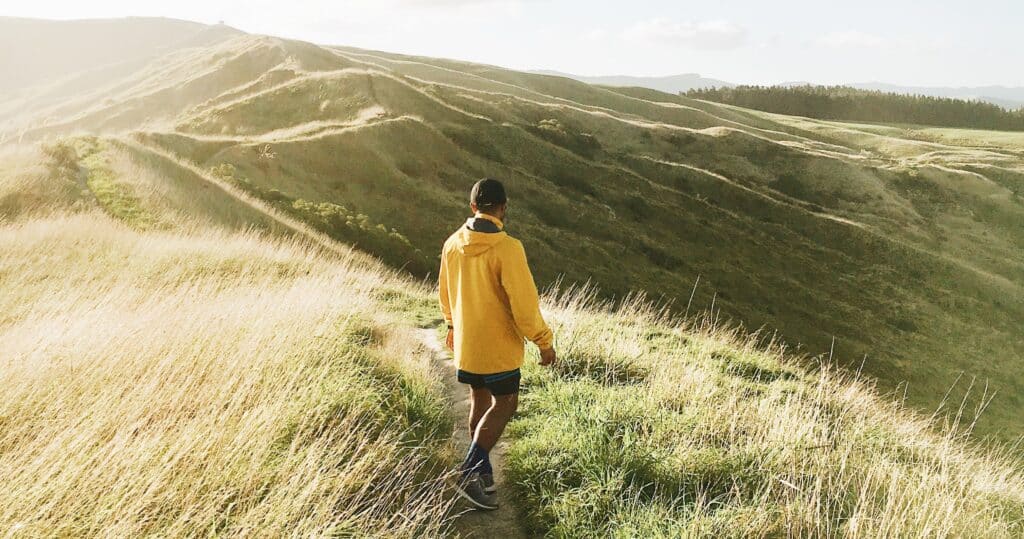 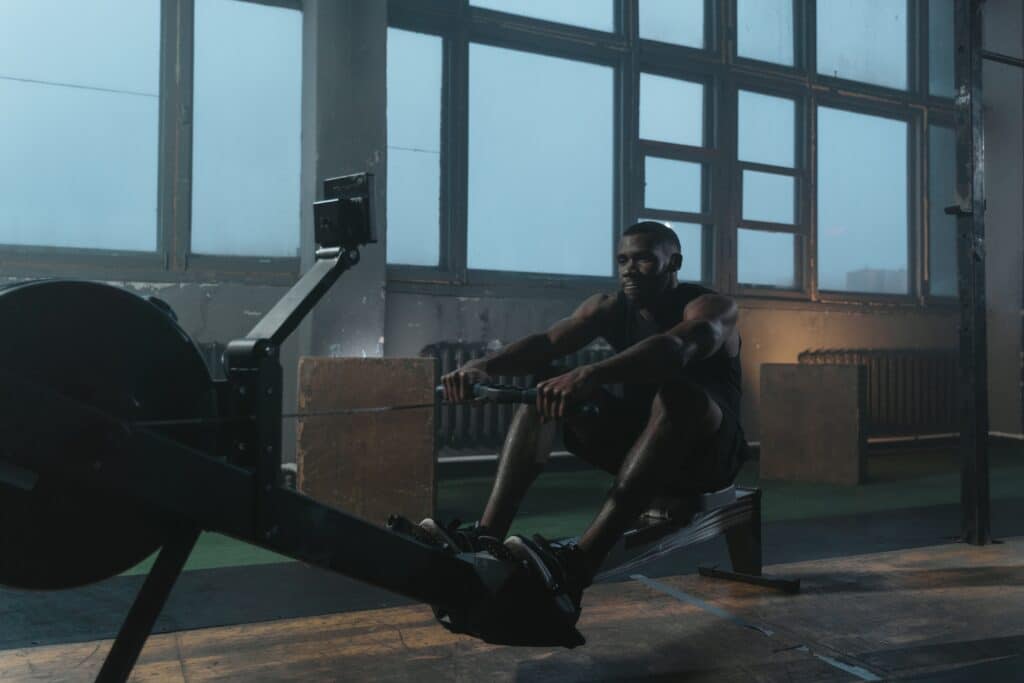